Initially, BSC responded to an RFP for the architectural design of the 2008 Showcase house. Betsy Pettit from BSC took part in a design meeting with ICI homes and presented important architectural and building science considerations. However, ICI decided to choose a floor plan from another architectural firm for the Showcase house. It is a plan 3278 with 3278 ft2 living space, two stories, 3 bedrooms and 4 bathrooms. This floor plan matches the aesthetic preferences of the development as specified by a survey of current homeowner in the immediate community. 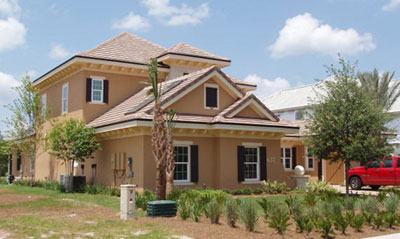 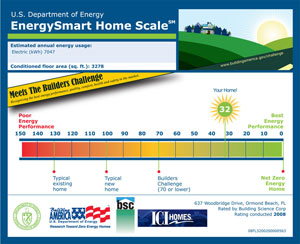 ICI builds with concrete block on the first floor and wood framing throughout the rest of the house. This is to meet stringent structural requirements with respect to wind and flood concerns. The first floor block wall has unfaced 3/4” XPS insulation on the interior of the blocks. Unfaced XPS insulation is preferred over foil faced insulation because it allows moisture to dry out of the assembly in to the house via the air conditioning. This is a critical durability design element. The enclosure does not contain any impermeable components and this allows accumulated moisture to dry out via vapor diffusion and prevent wetting and subsequent mold.

Second story framing is 2x6 with R-19 low density spray foam in the stud cavity. The roof has R-20 low density spray foam installed under the roof deck to create an unvented attic. Upgrading the R-value of the roof proved to be cost prohibitive in this climate, so it was not pursued. In a hot-humid climate, the most important energy efficient characteristic is glazing. The Showcase house was able to procure, with help from BSC, vinyl framed windows with state of the art LoE3 spectrally selective glazing coating. This resulted in an NFRC SHGC rating of 0.26. This glazing coating, coupled with extensive overhangs in the floor plan, results in a greatly reduced cooling peak load and annual cooling energy use. 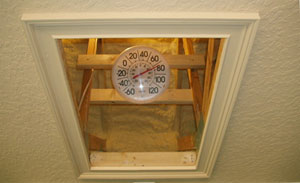 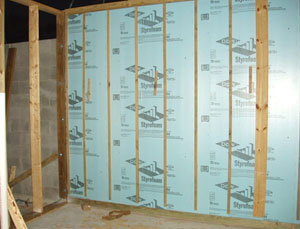 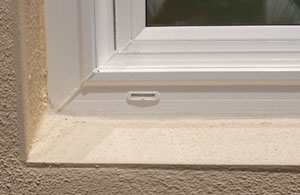 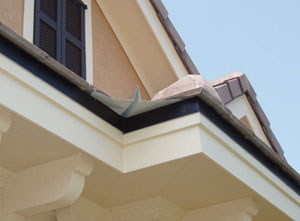 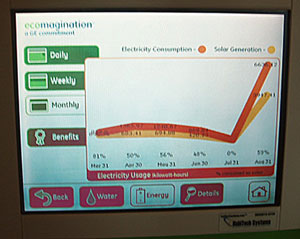 A high efficiency heat pump (15 SEER/8.5 HSPF) is installed along with a stand-alone dehumidifier in the mechanical closet. ICI prefers to have the heat pump air handler in a mechanical closet in the living space rather than in the unvented attic. This is so the occupants can have easy access to change the filter and to manually shut off the outside air damper during extreme outside air conditions, such as neighborhood insect spraying or very high outdoor humidity levels. The entire duct system is located in the unvented conditioned attic is sealed extremely tight. Jump ducts provide passive returns from the bedrooms. High efficiency exhaust ducts are installed at all the bathrooms and at the kitchen hood. 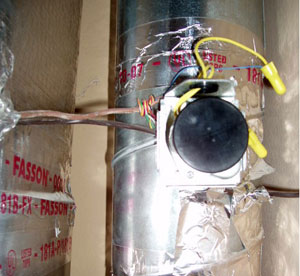 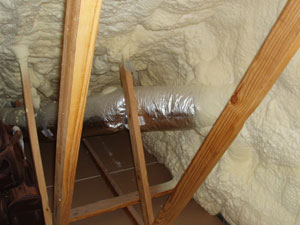 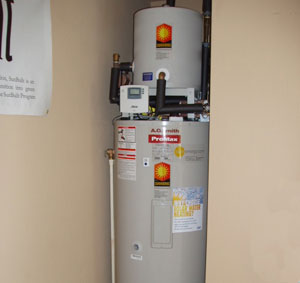 ICI homes utilizes Central Fan Integrated Supply ventilation that draws outside air via a 6” flex duct to the return plenum of the HVAC system. This allows for the introduction of outside air to the living space whenever space conditioning is already operating. The SCI ERV Super thermostat has fan cycling included in its circuitry. Fan cycling will turn on the fan at a 33% duty cycle (10 minutes on, 20 minutes off) in order to provide outside air during periods of no space conditioning. A manual damper is installed on the 6” duct to allow the installer to reduce flow to the recommended 50 CFM if needed during commissioning. A 6” mechanical damper is also installed on the 6” outside air duct. This is controlled by the fan cycler and will close off the outside air duct during periods of consistent space conditioning to prevent over ventilation of the living space.

Bathroom exhaust fans plus a kitchen hood are installed to provide spot ventilation when necessary. These are all routed to the outside and are not re-circulating fans. One of the bathroom fans is rated to provide ASHRAE 62.2 ventilation so that the house can be operated at that rate if needed.

Testing and commissioning of the building enclosure and mechanical systems was performed to ensure the house will operate as designed. The following tests were performed:

This house is currently serving as a model, therefore BSC will not be closely monitoring the house. However, BSC will be obtaining monthly utility bills and readouts from the GE Ecomagination house control center that tracks PV production and other electricity use patterns. 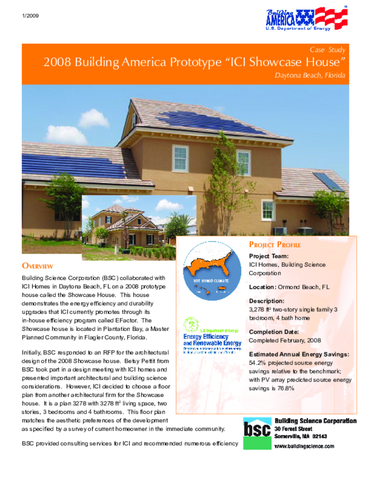