Chris Nelson, as an active member and current president of his local homebuilders’ association, has a desire to help advance energy efficient design in the local building community. Bringing an already high quality baseline of their standard home package to the beginning design phase for Hamilton Way, Nelson Construction worked with BSC to optimize the design and increase the efficiency through examining benefits of various strategies weighed against the energy consumption reduction, cost, and potential value in marketability. 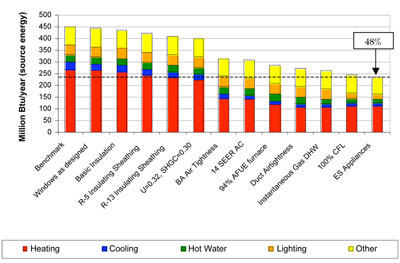 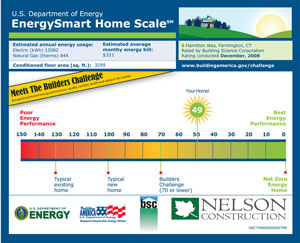 The Building America target goals for the community were to achieve a minimum 40% source energy consumption reduction when compared to the Building America benchmark protocol. Since the community was located in a cold climate, special focus was placed on the efficiency of the thermal enclosure and air tightness of the homes. The basements were designed with insulation cast into the concrete foundation walls (Thermomass® system) and the above grade walls were covered with 2” of foil-faced polyisocyanurate. To achieve the air tightness goals for the project, a critical seal approach was used that targeted known common air leakage areas such as rim boards and band joists as well as the tops of partition walls and mechanical penetrations and sealed them using closed cell spray foam.

In the heating dominated climate a high efficiency natural gas furnace (94% AFUE) was included in the design, along with a 14 SEER air conditioner and an instantaneous gas domestic hot water heater. As a cost savings and system efficiency measure, the mechanical design was modified from 2 furnace air handlers (one in the attic and one in the basement) to a single furnace air handler in the basement with 2 zones. This removed all of the ductwork from the attic and placed it within the conditioned space. The house plans were modified to reroute the ductwork in the structure to provide conditioning to the second floor. This required a few framing modifications and the addition of some dropped soffits to accommodate the supply trunks. To provide better mixing of the interior air, two returns were designed into the system (low on the first floor and high on the second floor). The intent was to help counter the effects of stratification. These efforts were successful in bringing all of the ductwork inside the conditioned space.

All of these strategies were modeled through a parametric annual load study that examined the individual effect of each strategy as well as the total cumulative effect of all of the strategies. The results of the analysis indicated that the homes would well exceed the Building America minimum target and achieve a source energy consumption reduction between 45% and 48%. These efficiency goals were achieved entirely from energy consumption reduction strategies and not through the addition of renewable strategies to offset energy use. However, photovoltaic panels were offered by Nelson Construction as an option and are being installed on a few homes in the community.

Roof Assembly: Rafter framed vented attic with R-50 blown cellulose insulation. Dropped perimeter ceiling soffits were used to maintain the thickness of the insulation near the perimeter and still be able to provide higher ceilings in areas such as the master bedroom. 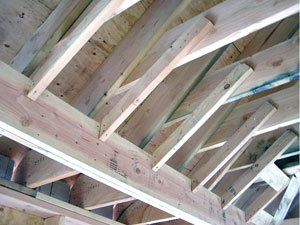 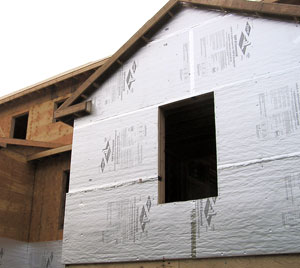 Window Specifications: Harvey Vicon double hung vinyl Low-E Argon with contour grid windows (U=0.32, SHGC = 0.27). Windows were installed in a pan flashed and drained manner with a sloped sill drained to the exterior and the head and jambs integrated into the drainage plane through the use membrane flashing. 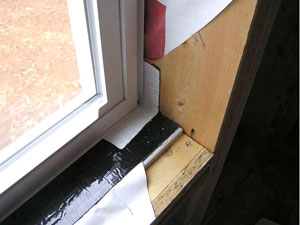 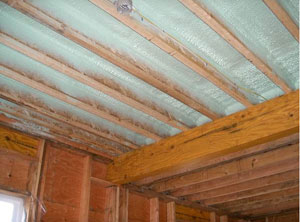 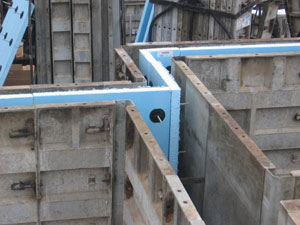 Infiltration: Maximum 2.5 in2 of leakage areas per 100ft2 of enclosure area. Critical seal air sealing approach with primary air barrier maintained at interior gypsum walls and ceiling. Closed cell spray foam installed at rim joists and band joists, under floors over unconditioned areas, in the attic on top of partition walls and electrical penetrations through the ceiling plane, around windows and doors, and at any mechanical and electrical penetration through the enclosure.

At the beginning of the project a start up meeting was held to discuss detail changes from current builder practice. Each change was discussed and where required, details to illustrate the changes were provided by BSC. This initial work was effective in heading off common problem areas for the construction trades encounter when adapting to new techniques, assemblies, and systems.

Specific areas that were addressed related to the installation of the windows in a wall with 2” of insulating foam sheathing, as well as careful examination of air sealing details for the enclosure.
During the construction progress, site visits by BSC personnel as well as conference calls and photo review allowed for quick troubleshooting of concerns as they arose on site This combined with the high quality of construction and site supervision provided by Nelson Construction resulted in a smooth transition and adoption of new technologies.

The construction of the subdivision took place from January 2008 with final build out in March 2009. 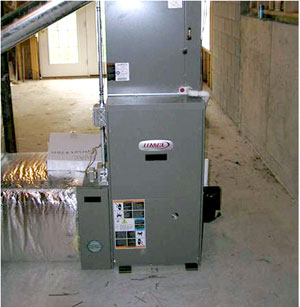 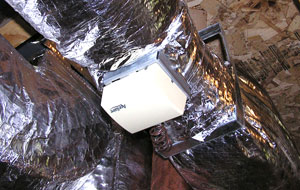 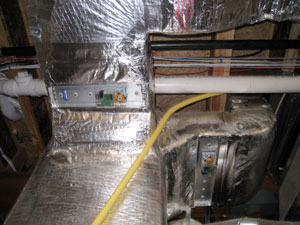 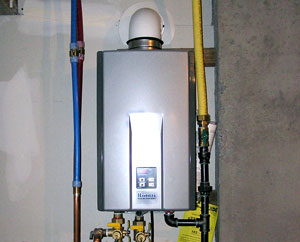 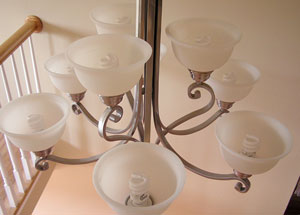 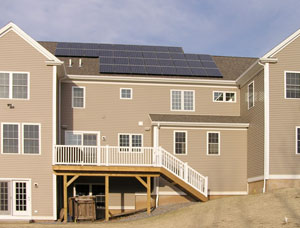 Over the course of construction BSC tested the homes as they were completed to ensure that the actual performance of the homes is meeting the predicted minimum performance targets of the Building America Program.

As part of the testing requirement, each home was blower door tested to measure the air tightness of the enclosure. All of the homes tested approximately 25% below the maximum air leakage threshold set out in the Building America program.

In addition to overall air tightness, the mechanical systems were also tested to measure the potential duct leakage to the outside. Since the design moved all of the ducts inside the conditioned space, the leakage to outside was also below the maximum threshold target.

The measured performance values were input into the energy models and final simulations were completed. Based on the actual measured performance of the homes, the estimated source energy consumption reduction was over 50% for every home (some as high as 55%) when compared to the Building America benchmark protocol. 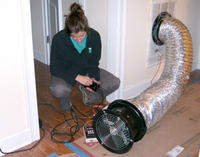 Nelson Construction is working with the homeowners in order to collect utility bills over the next year or more. These bills will be examined and compared to the predicted use of the energy model.

The success of Hamilton Way has encouraged the Landworks/Nelson Construction team to continue to pursue high energy efficient designs for future subdivisions. Already new plans for a final build out of the Somersby subdivision are being examined. The intention is to provided even higher efficiency homes as well as the potential for a near zero energy showcase home. 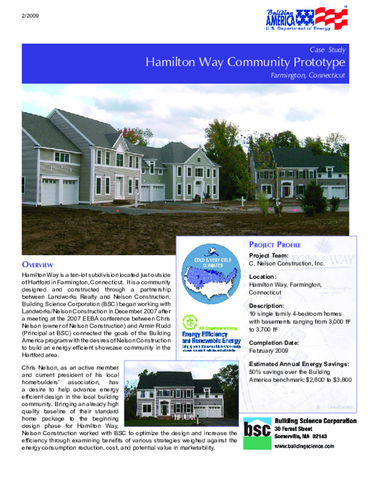