The Thermal Metric (TM) project was initiated in 2007 to support good design and construction practices by improving the way thermal performance is measured. Ultimately, the project goal is to develop a metric that can capture the in-service thermal performance of whole assemblies. More accurate measurements will allow truly high-performance assemblies (of all types of construction and insulation materials) to be identified and promoted.

The TM project is supported by the TM consortium, a group of insulation manufacturers, and led by BSC. Previous research has identified multiple factors that contribute to thermal performance: primarily thermal bridging, temperature effects, and air flow interactions.

Thermal performance is most commonly measured using the R-value. R-value is an effective and well-established metric for describing the thermal performance of building materials. However, when materials are installed as part of an assembly, the installed R-value does not translate directly to the R-value of the assembly. Installing more insulation does increase the R-value of the assembly, but it is almost never an equivalent increase.

Thermal bridging is a well understood and researched phenomenon, known to have a significant impact on the thermal performance of enclosure assemblies. This impact is beginning to be officially recognized by code authorities: for example, thermal bridging is incorporated into ASHRAE Standard 90.1 as well as the 2012 International Energy Conservation Code and the 2012 International Residential Code. Standard whole house energy modelling software often includes a framing factor, which accounts for a significant amount of thermal bridging. Commercially available heat transfer software, such as HEAT2, HEAT3 and THERM, can be used to assess the impact of thermal bridging in more complicated geometries. As the measurement and prediction of thermal bridging effects continues to improve, it will be more widely included in both energy models and building codes and standards. Our research contributes to this ongoing effort.

Temperature dependent thermal conductivity effects are less well-understood by the construction industry. Research conducted by manufacturers and independent researchers has established that insulation performs differently at different mean temperatures; however, this research is not common knowledge amongst designers, builders, code officials, or policy makers. As well, further research is required to assess the impact of temperature effects on annual energy usage. These data can be used to improve building codes and computer-based energy models, which do not currently account for the temperature dependency of insulation.

Other factors, such as air flow interactions, are just beginning to be researched in greater detail. Air flow is known to have a significant impact on building energy use. Typically, air leakage, such as infiltration or exfiltration, is the primary concern. However, when pressure differences are analyzed across an assembly, complexities occur involving flow paths and interactions between the air and the assembly components. These complexities need more research to understand their impact. Standard hot box methods (i.e. ASTM C1363) do not account for air flow interactions. The TM project was designed in part to address this limitation.

During Phase I, a new hot-box apparatus and test method were developed to study the thermal performance of full-scale 8 ft x 12 ft wall assemblies exposed to realistic outdoor temperatures (-25 to 145°F, -32 to 63°C) and air pressures of ±25 Pa for flows up to 32 cfm, 900 lpm. The apparatus and test method account for the effects of thermal bridging, temperature dependency of insulation R-value, and interactions between heat flow and airflow. Moisture dependency and time dependency were specifically excluded (i.e. hot-box RH is maintained at 10-20% and wall specimens are seasoned prior to testing). Phase I concluded in 2010.

During Phase II, testing was completed on a series of wood-framed wall assemblies that were selected to represent common construction methods in regions throughout North America. Five wall assemblies were constructed to achieve a nominal insulation R-value of 13 (RSI 2.28), using 2x4 framing at 16 in (406 mm) on center. The following stud-space insulation materials have been tested:

Two additional assemblies were constructed to examine the impact of adding more insulation:

Partners in the TM Consortium include:

A number of important points have been confirmed or identified during the first two phases of the TM project.

Thermal bridging can be measured and modeled.

Thermal bridging through the framing resulted in a roughly 15% decrease in thermal performance in all of the tested wall assemblies. Commercially available 2D and 3D heat transfer models provided good predictions of the thermal bridging in the test walls, as did the parallel path method described in the ASHRAE Handbook of Fundamentals and other texts.

When walls are constructed with the same installed R-value in the stud space, and air sealed both inside and outside (i.e. there is zero air leakage through the assembly), they exhibit essentially the same thermal performance regardless of the type of insulation material used. When not properly air-sealed, any wall assembly will experience some loss in thermal performance due to air movement through the assembly. Not all systems are affected equally; the performance impact depends on the rate of airflow, the flow direction and the interaction between the air and the materials that comprise the assembly.

Air flow is complex and needs to be better understood. 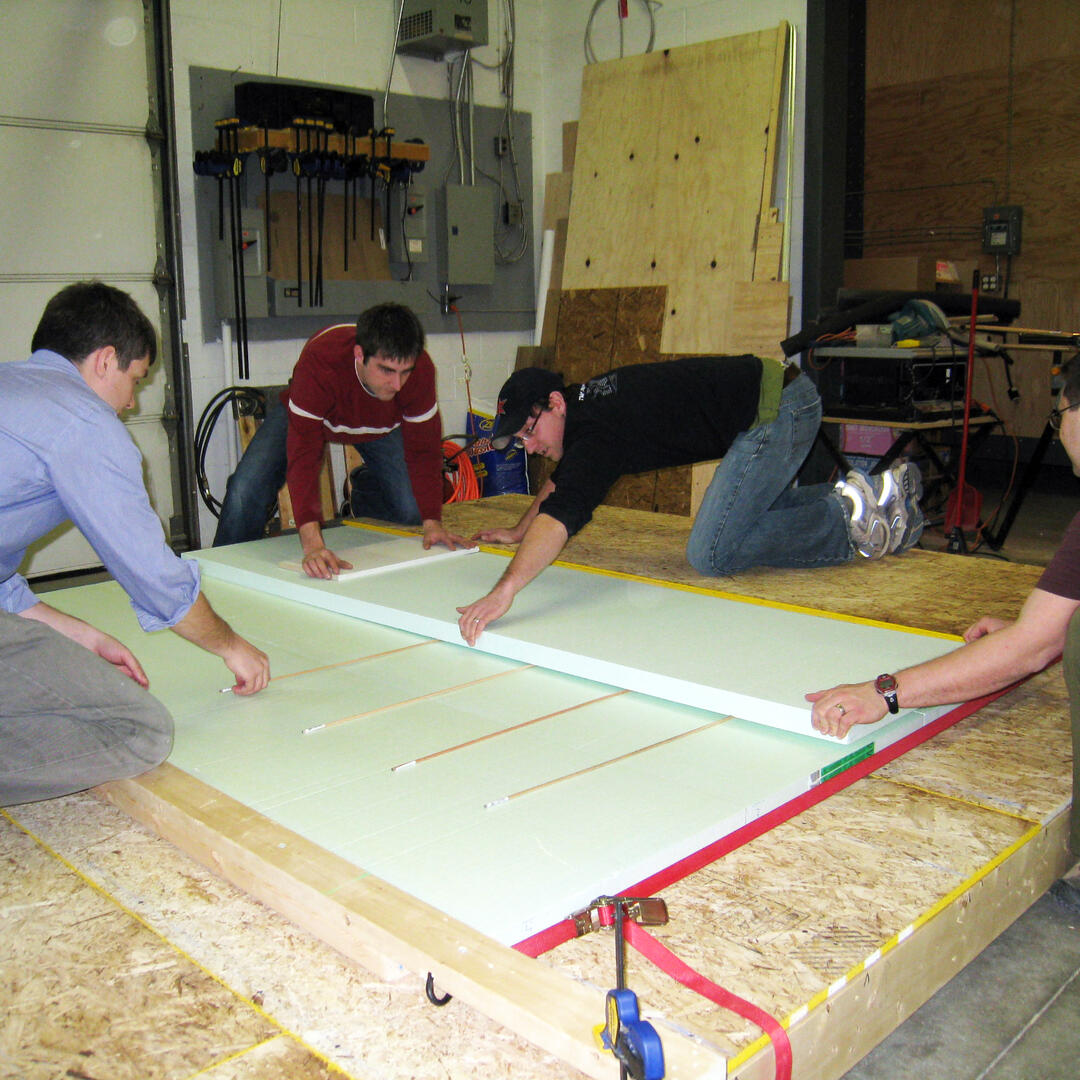 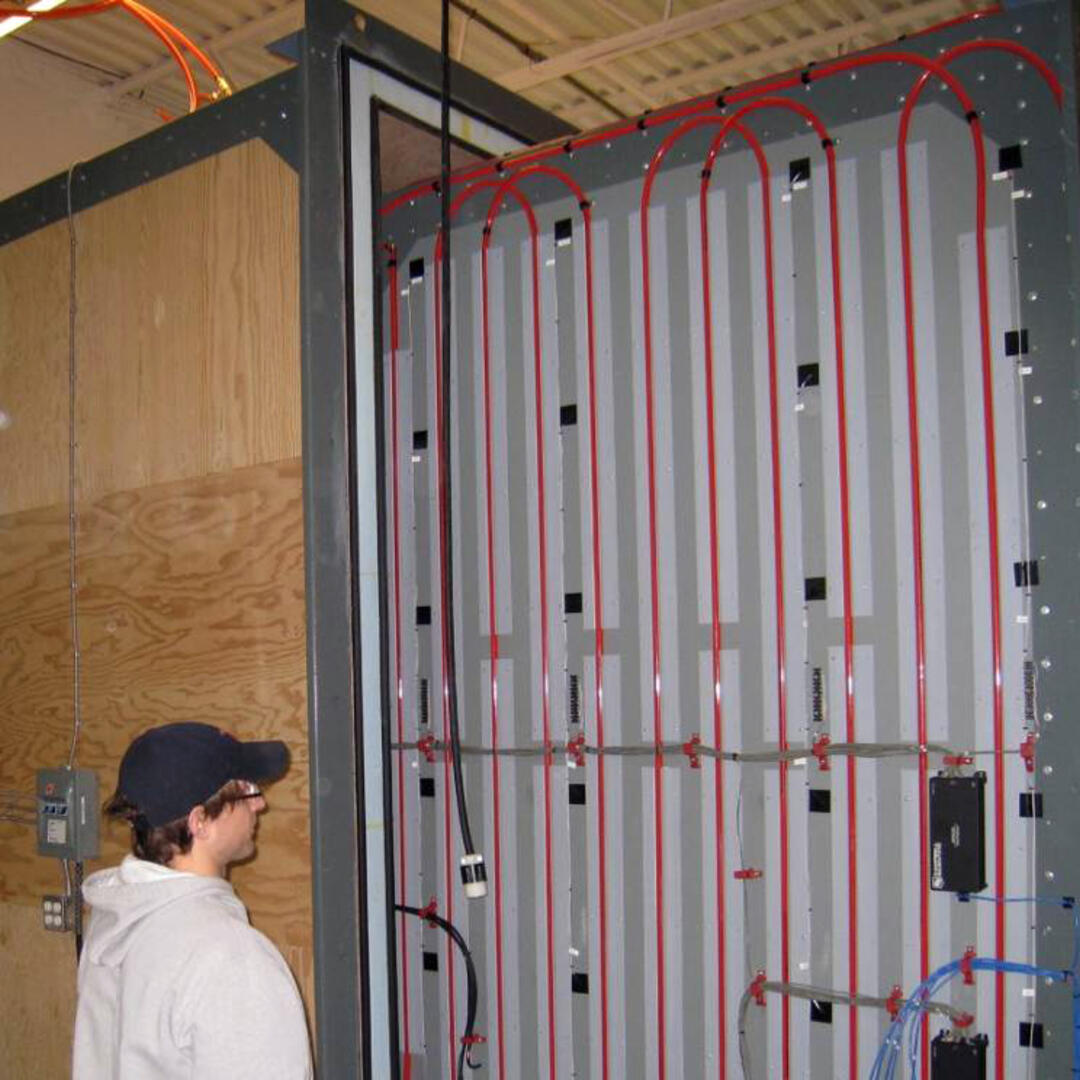 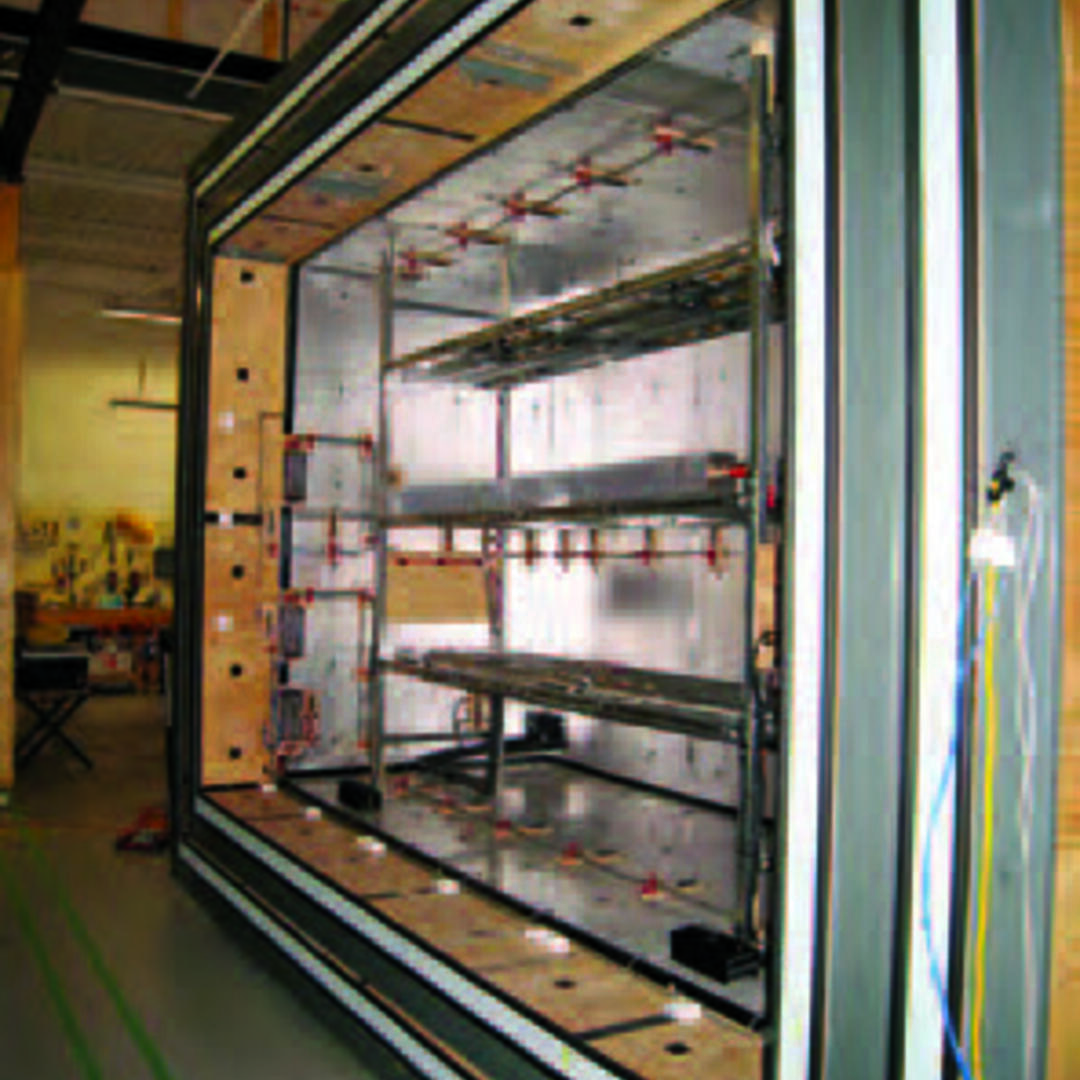 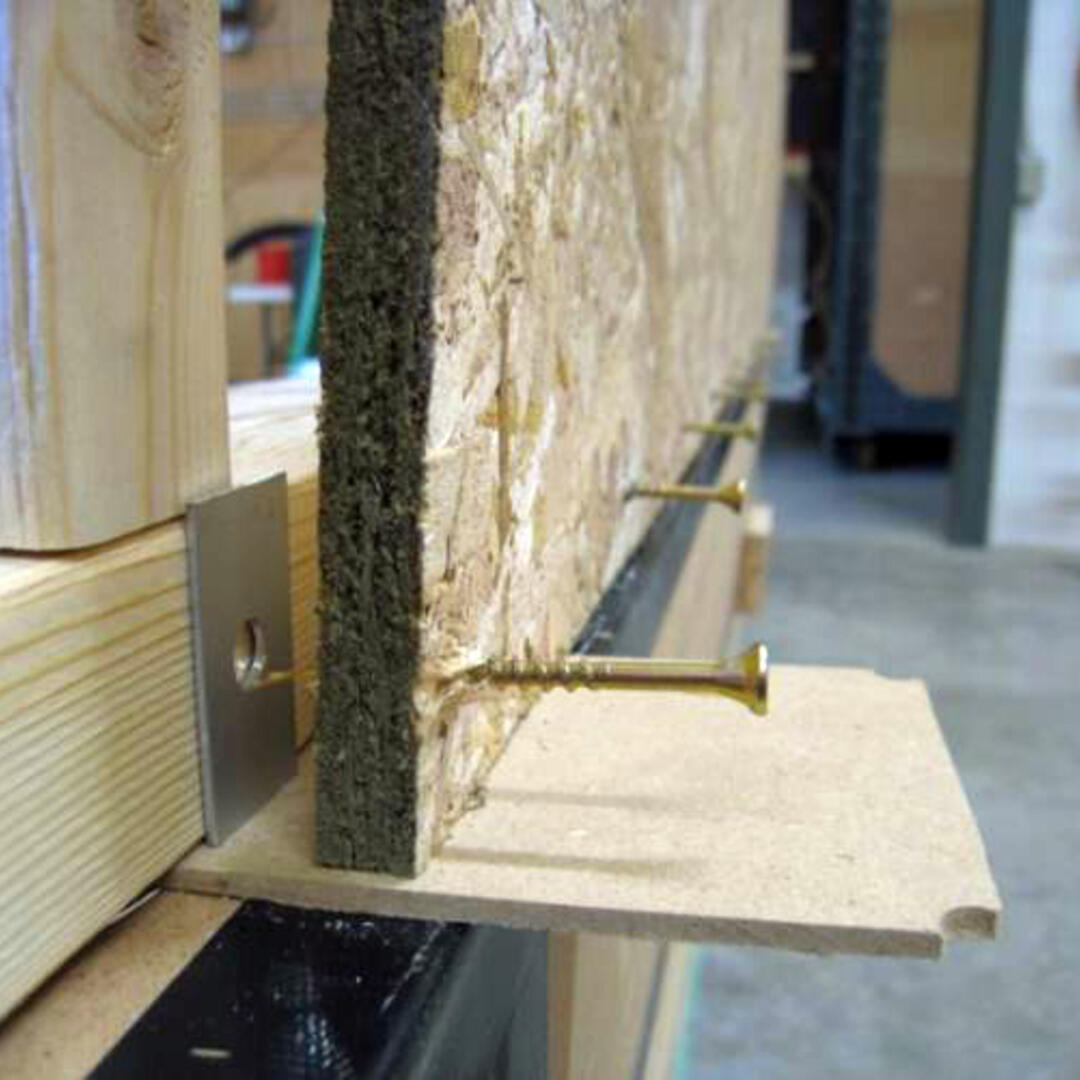