BSC investigated floor issues at a 4 year old wood frame mixed use building (office and residential) in Climate Zone 5A. This work was prompted by severe subfloor rot at areas above a slab on grade. BSC was asked to determine the cause of the damage, ascribe responsibility, and provide recommendations for build-back in a moisture-safe manner.

Coring of the slab was used to ascertain construction; the worst problem areas had an 8” thick structural slab. However, problems still occurred at thinner (4”) portions of the slab.

The problem was caused by moisture of construction in the concrete slab and the design of the sleeper and subfloor system. The rubber-backed carpet tiles are vapor impermeable (i.e., a “vapor barrier”), trapping moisture within the assembly. This moisture accumulated in the subfloor and sleepers, resulting in the rot damage. The assembly was built contrary to the subfloor manufacturer’s directions, which call for a polyethylene vapor barrier on top of the slab, below the sleepers.

BSC provided remediation recommendations of removing the sleeper and subfloor assembly, and rebuilding with a layer that controls moisture emission from the slab. Epoxy paint on the slab was recommended to controls moisture while being unaffected by the wet slab. 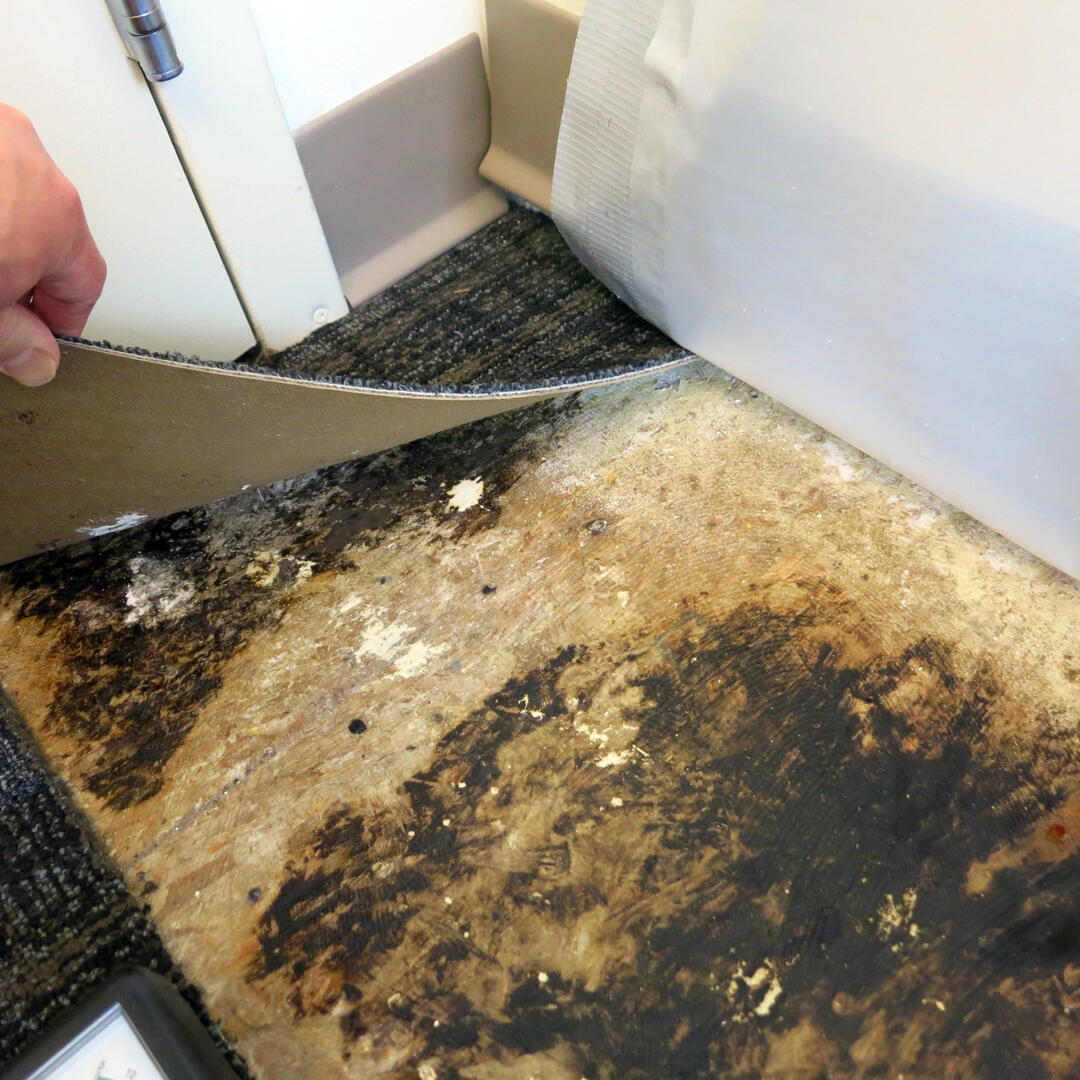 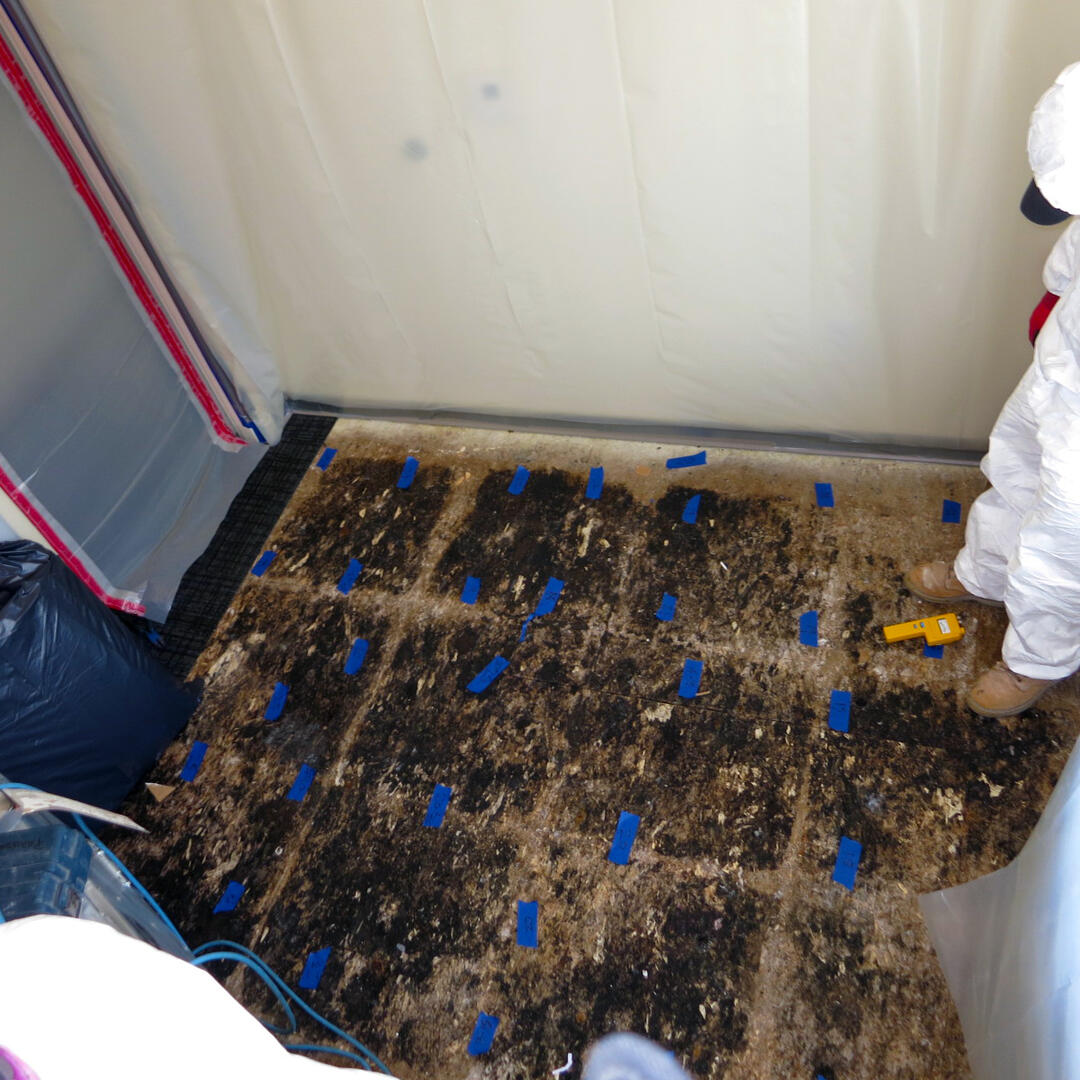 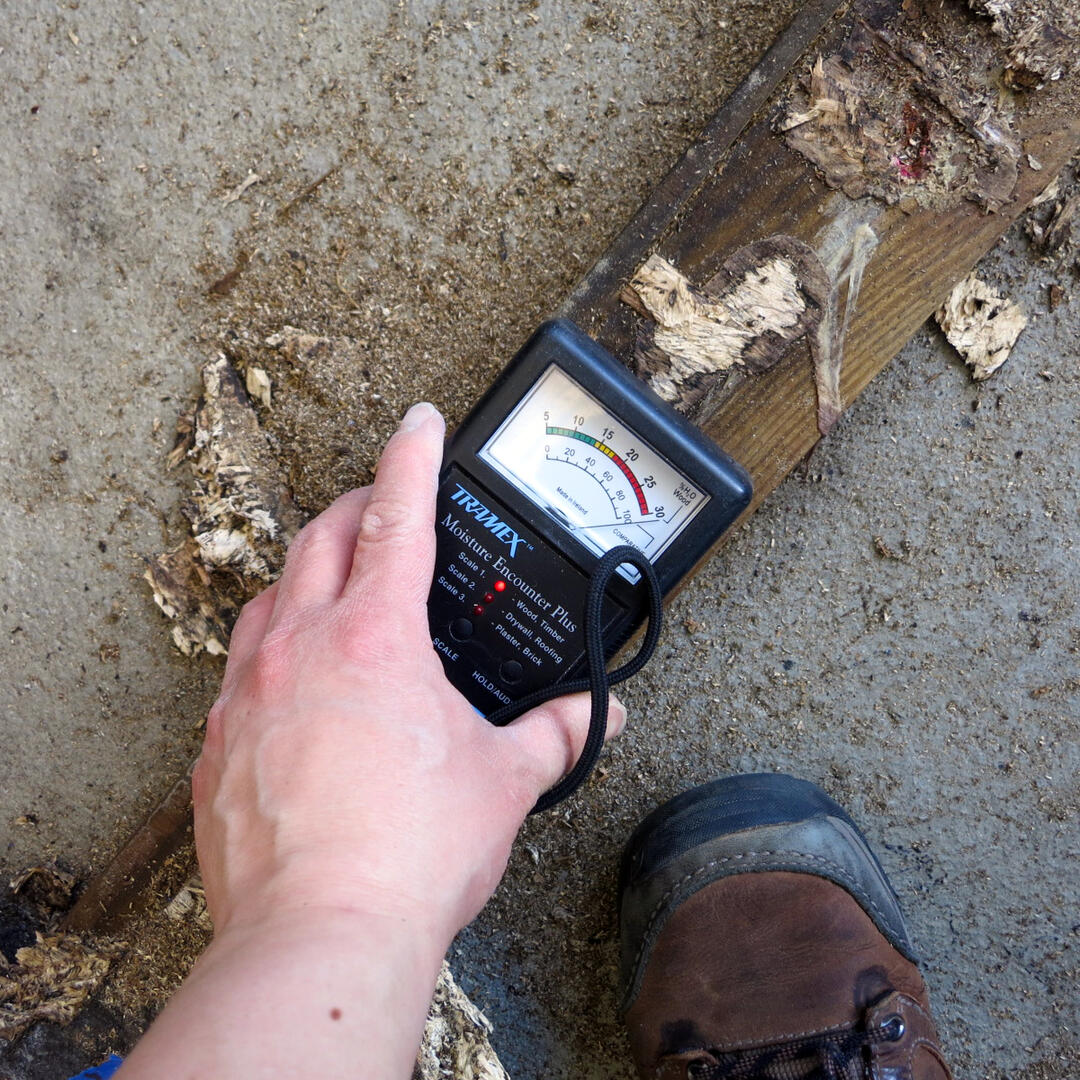 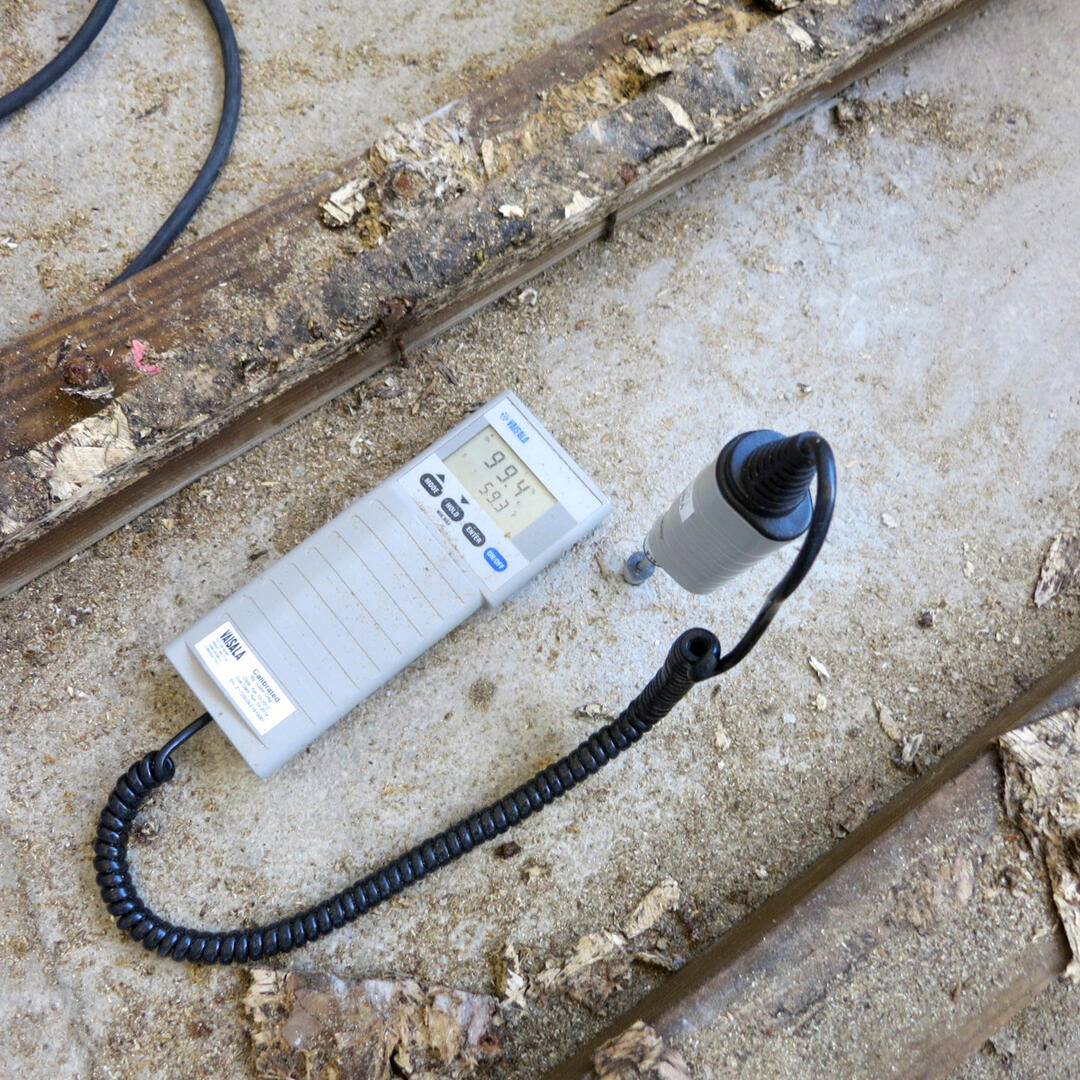 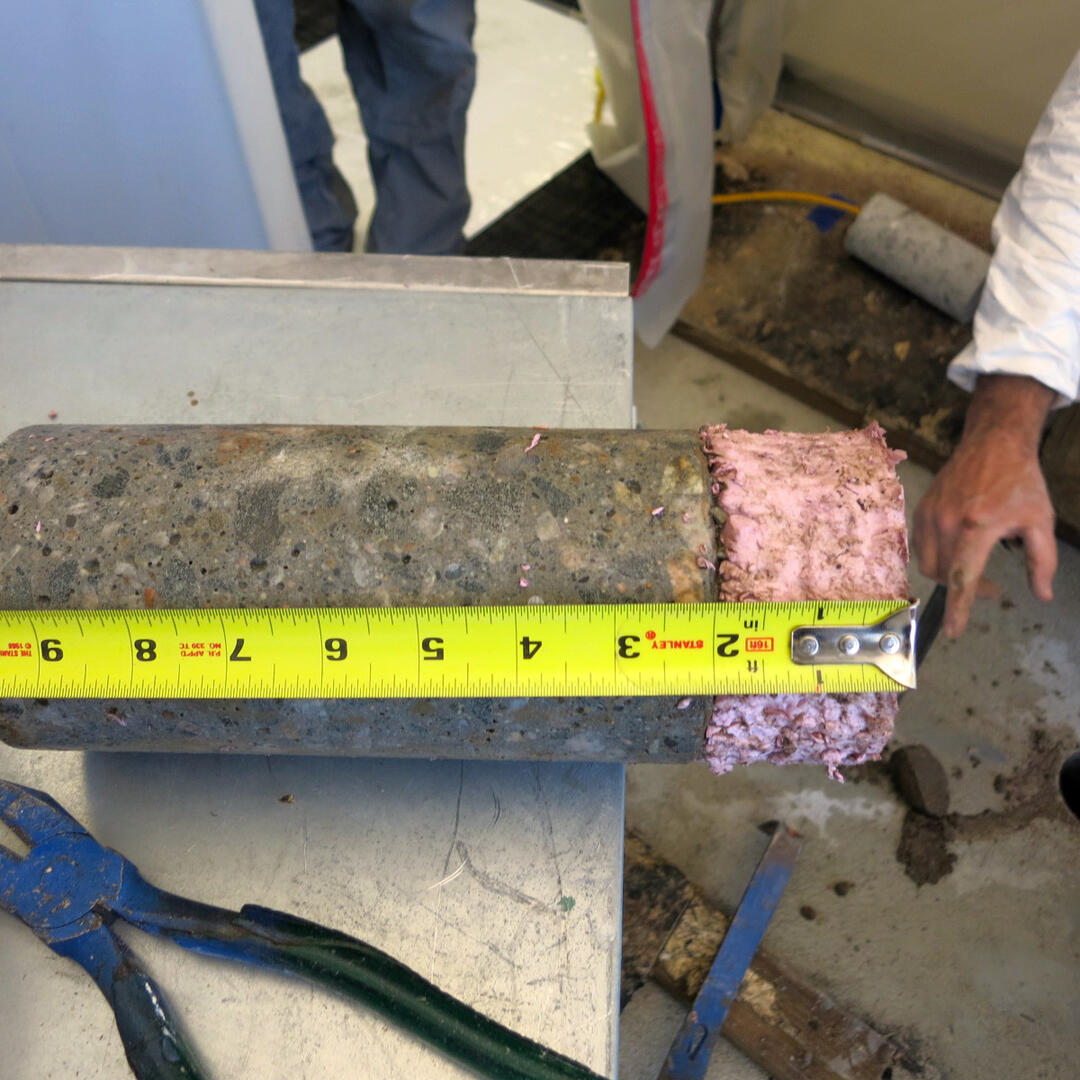 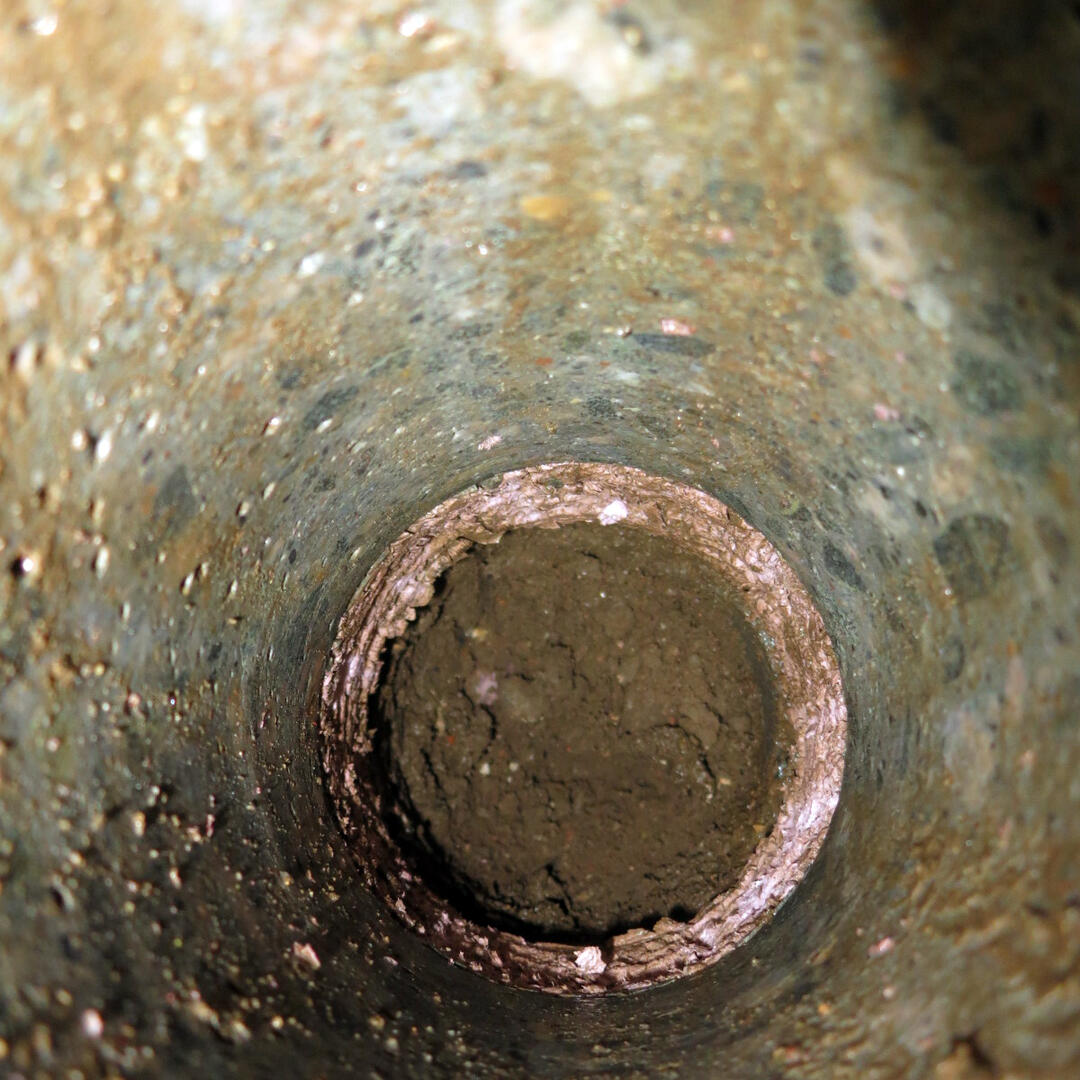