The current owner purchased this bank-owned and unoccupied home in 2010 with the intention of conducting significant energy performance improvements prior to occupancy. The National Grid Deep Energy Retrofit Pilot Program provided technical and financial assistance to extend these renovations to the level of a deep energy retrofit (DER).

The retrofit project for this home included a comprehensive enclosure retrofit and new heating, cooling and ventilation systems. Prior to the retrofit project, the home had fiberglass cavity insulation in the attic floor, exterior framed walls and between wood framing to the interior of the basement foundation walls. The home had a forced-air duct system that employed framing cavities for some of the returns.

This test home provides an example of a thoroughly comprehensive retrofit that did not involve major additions or changes to the configuration of the building enclosure.

The design called for rigid XPS insulation installed directly over the concrete basement floor. The seams of the rigid insulation are taped and the perimeter is embedded in the spray foam of the wall to create a continuous airflow control for the foundation system.

The project team determined that liquid water was not an adequate risk to merit a drainage system at the basement floor. Hence, there is no drainage mat between the rigid insulation placed on top of the slab. Still, a sump pit was cut into the existing slab to provide a location where the homeowner will be able to install a sump pump to remediate liquid water problems should such be experienced at some time in the future.

The design thickens walls with a layer of exterior insulation. The existing roof plane was retained in the design as the builder opted to provide insulation to the inside of the roof sheathing.

The mechanical system plan included forced-air heating and cooling distribution and balanced ventilation. The equipment selection for this system as well as the water heating system and configuration of the attic/roof insulation were dictated by the availability of donated products. 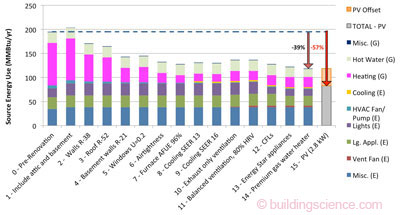 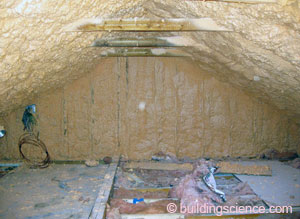 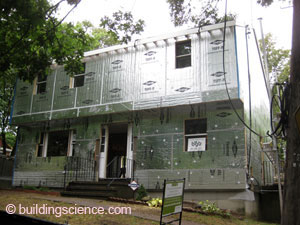 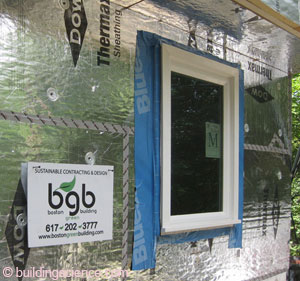 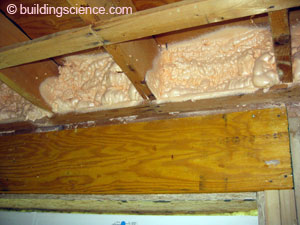 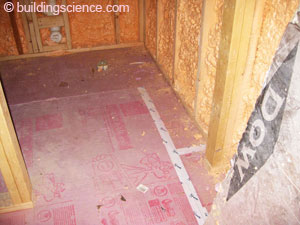 To protect the basement slab insulation from construction abuse, the builder installed just a 1’ wide strip of insulation around the perimeter before re-installation of the wood stud wall and application of spray foam at the foundation wall. This allowed for a continuous thermal and capillary break beneath the wood framing. The sequence also allowed the spray foam contractor to embed the floor insulation perimeter in spray foam for transition of airflow control. When the rest of the basement slab insulation was installed, it was a simple matter to seal it to the perimeter starter strip. 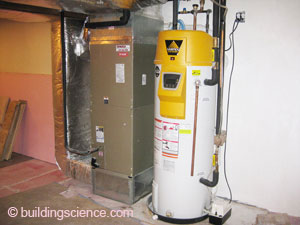 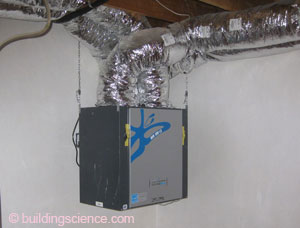 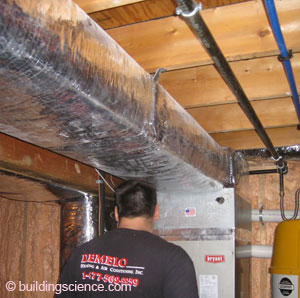 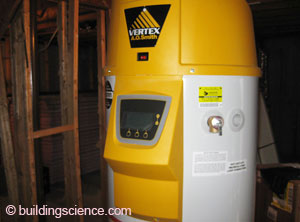 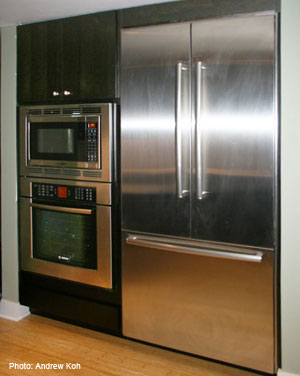 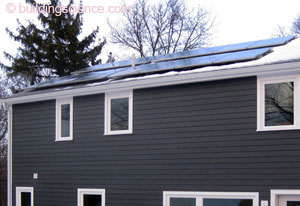 Observations of framing cavity returns that BSC made during a preconstruction site visit provided the motivation to entirely replace the existing duct system.

During the course of construction BSC conducted multiple site visits to review construction details with the general contractor. BSC advised of the need to tape the top edge of membrane flashings and also pointed out the complication to airflow and water control caused by installing windows over strapping instead of in plane with the drainage plane. 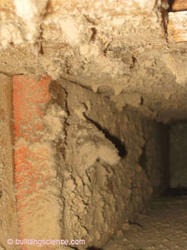 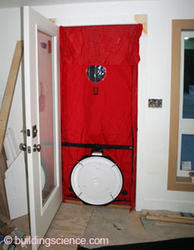 The homeowner commissioned extensive energy monitoring systems in order to guide the family toward meeting the ambitious Thousand Home Challenge goals for the home. The energy monitoring provides a unique opportunity to gauge the performance of the enclosure retrofit, mechanical system and site generation strategies. The homeowner’s commitment to share data with BSC and the DER Pilot Program sponsor provides further opportunity to learn from this project. 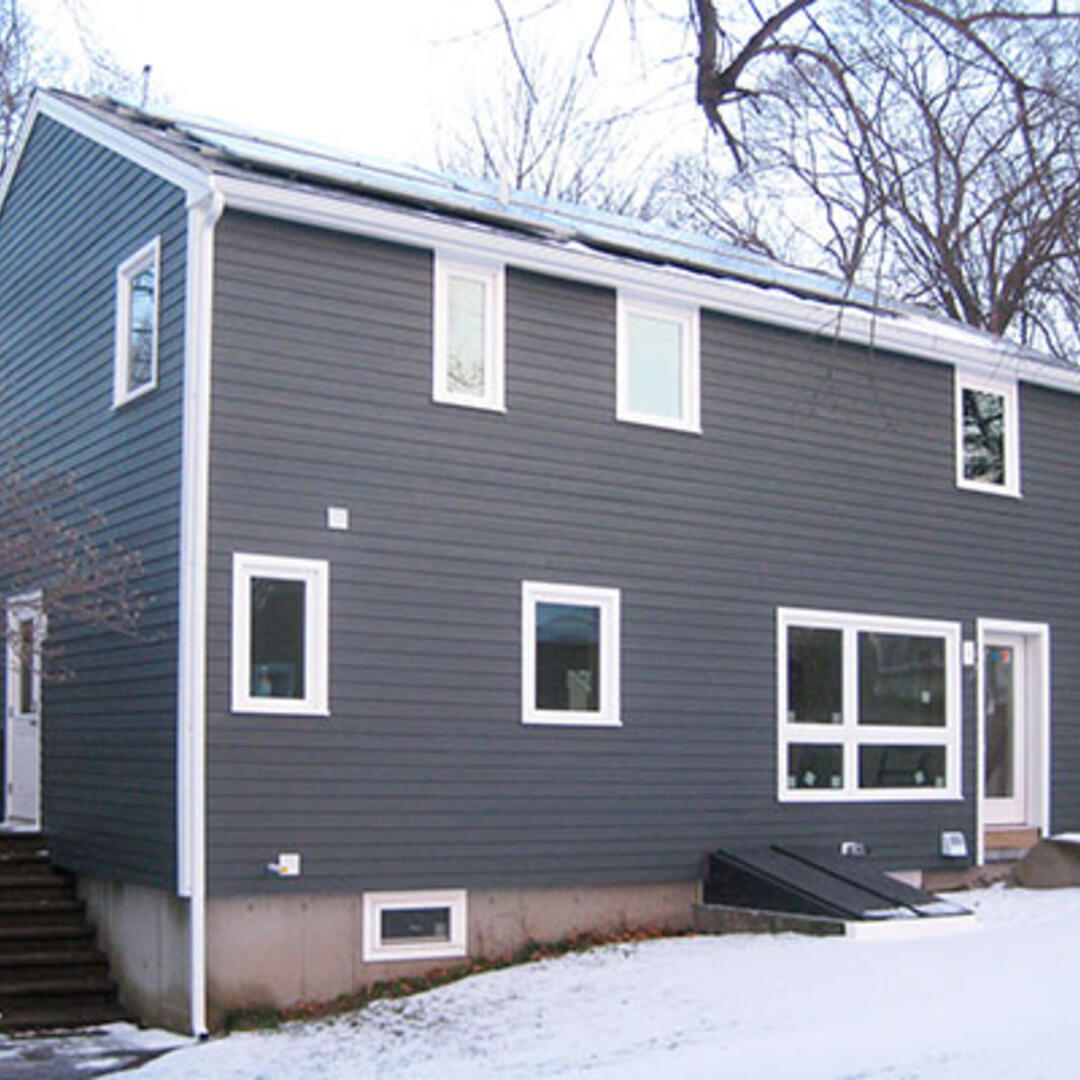 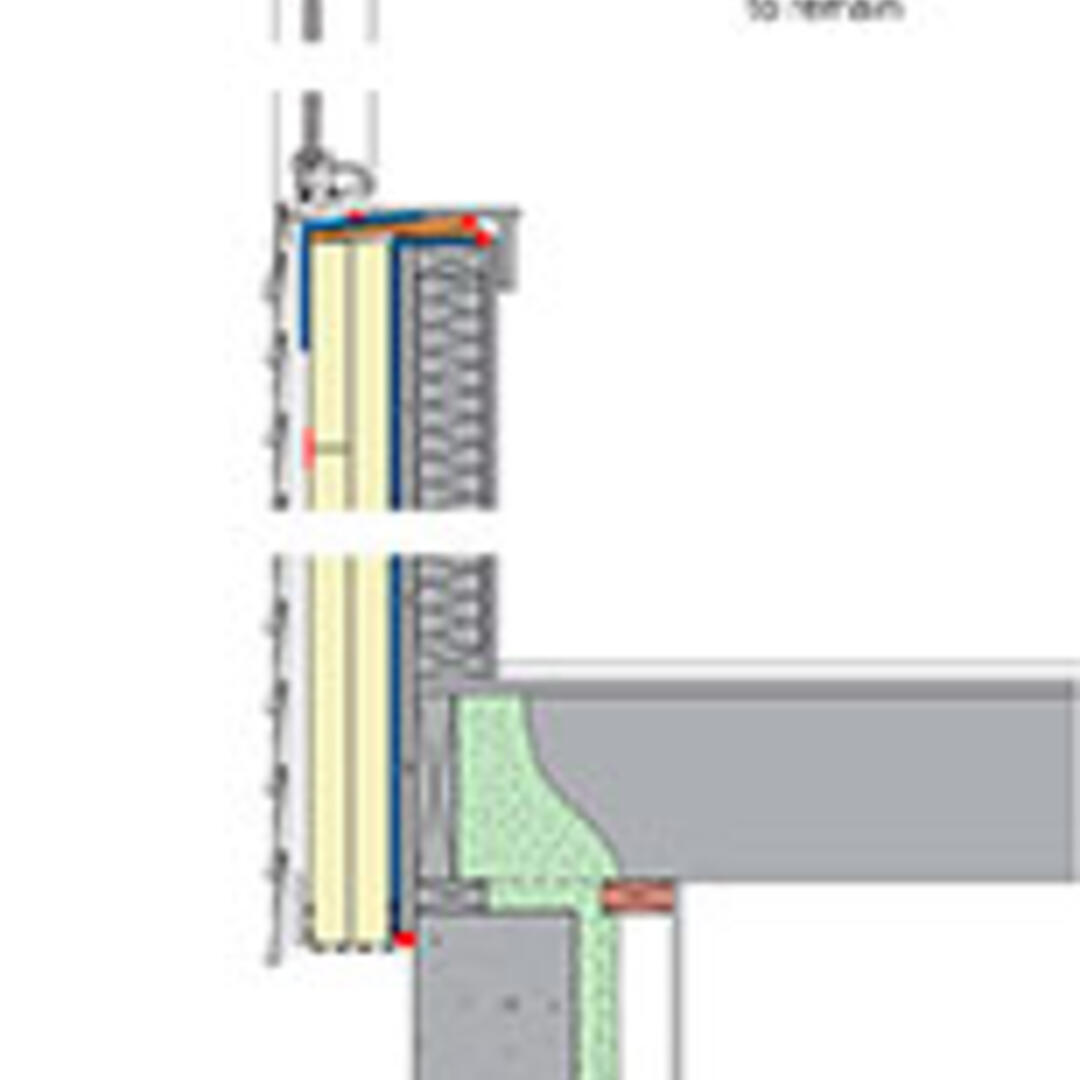 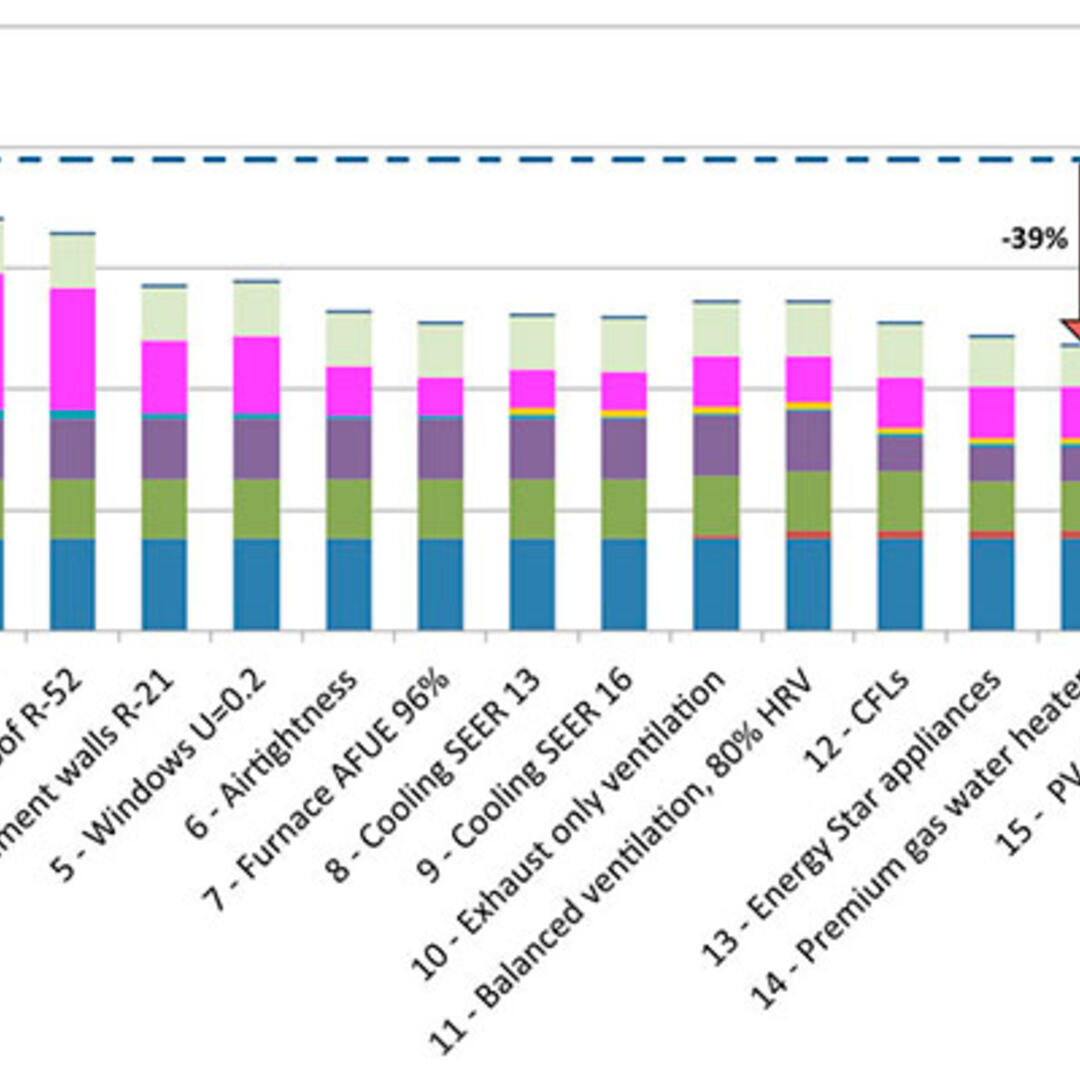 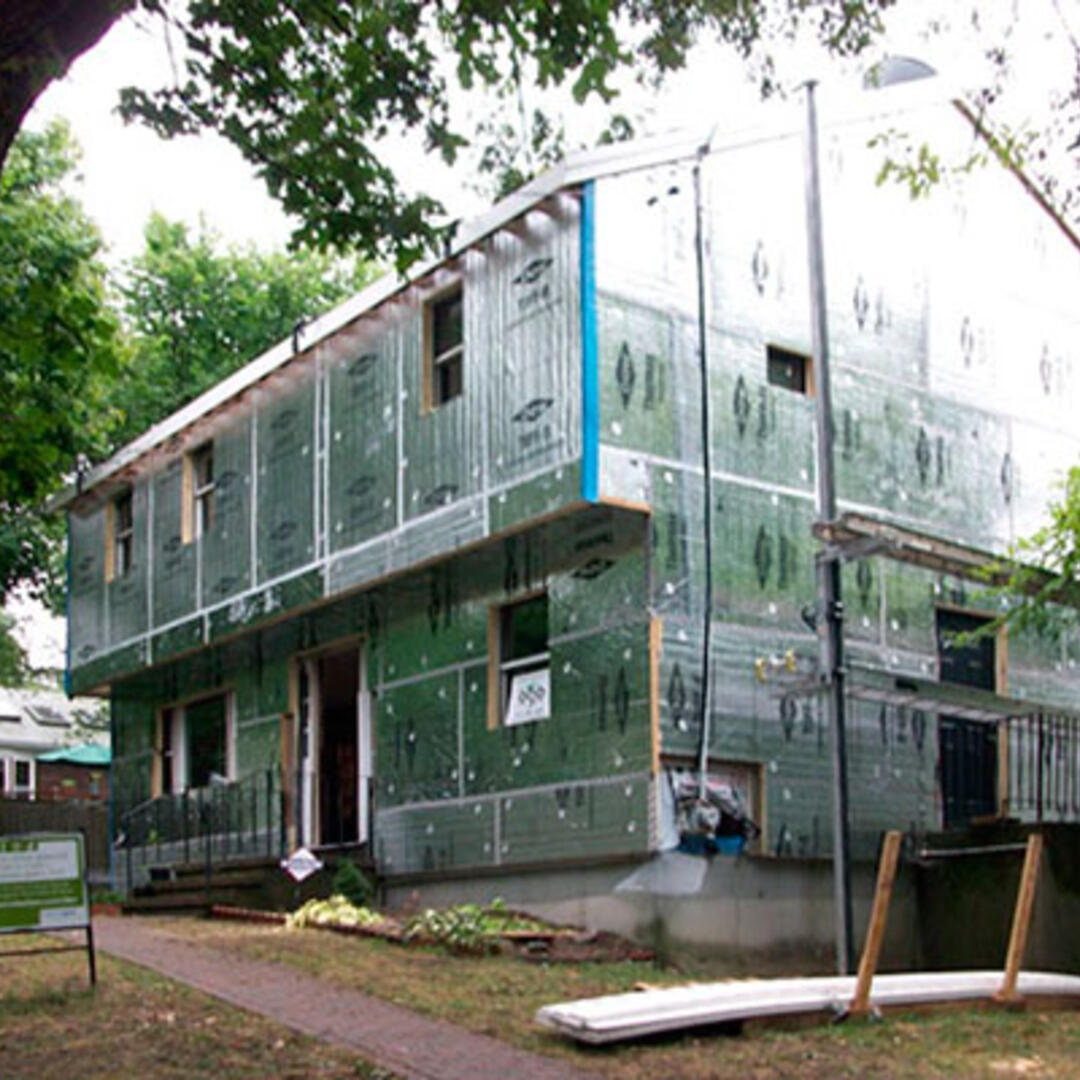 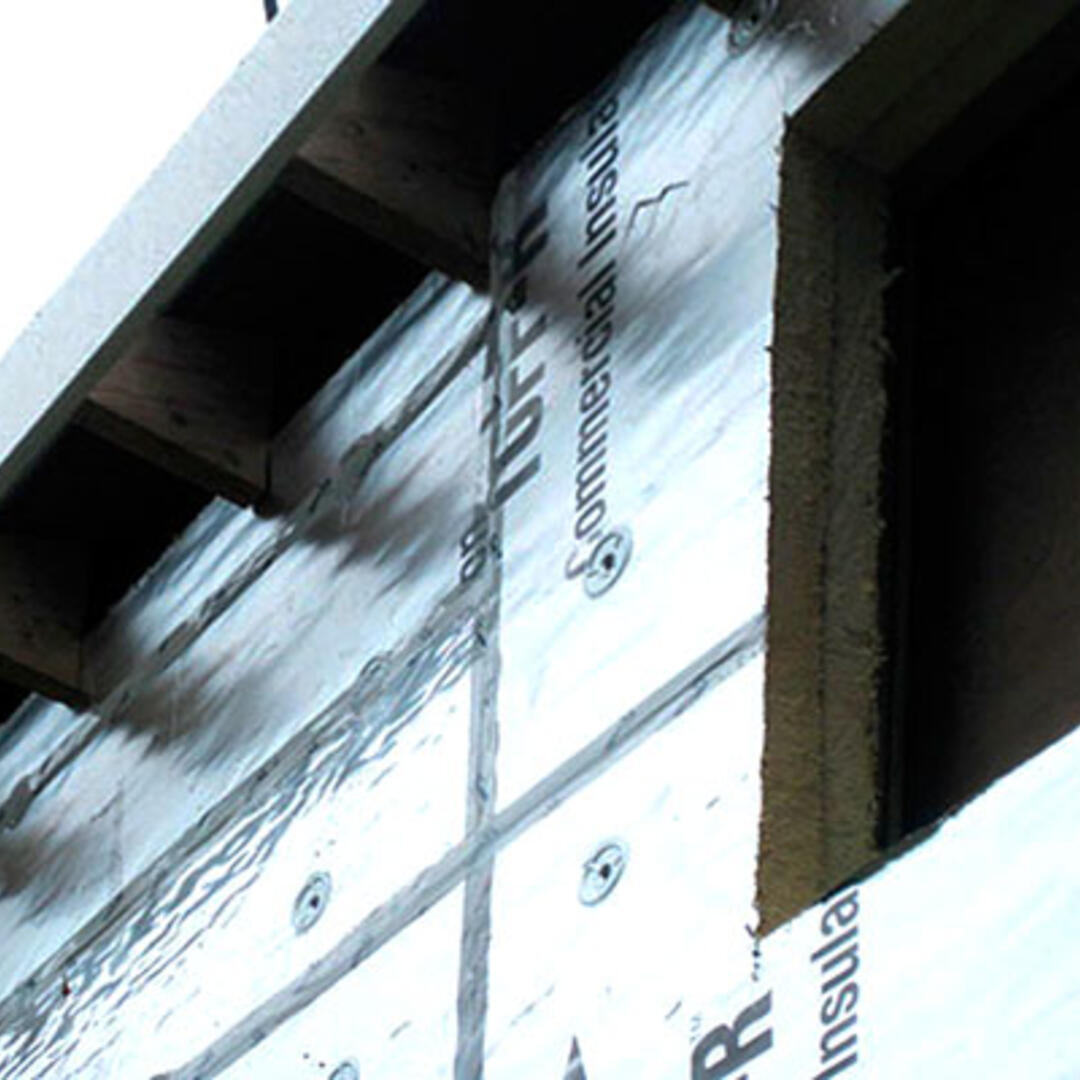 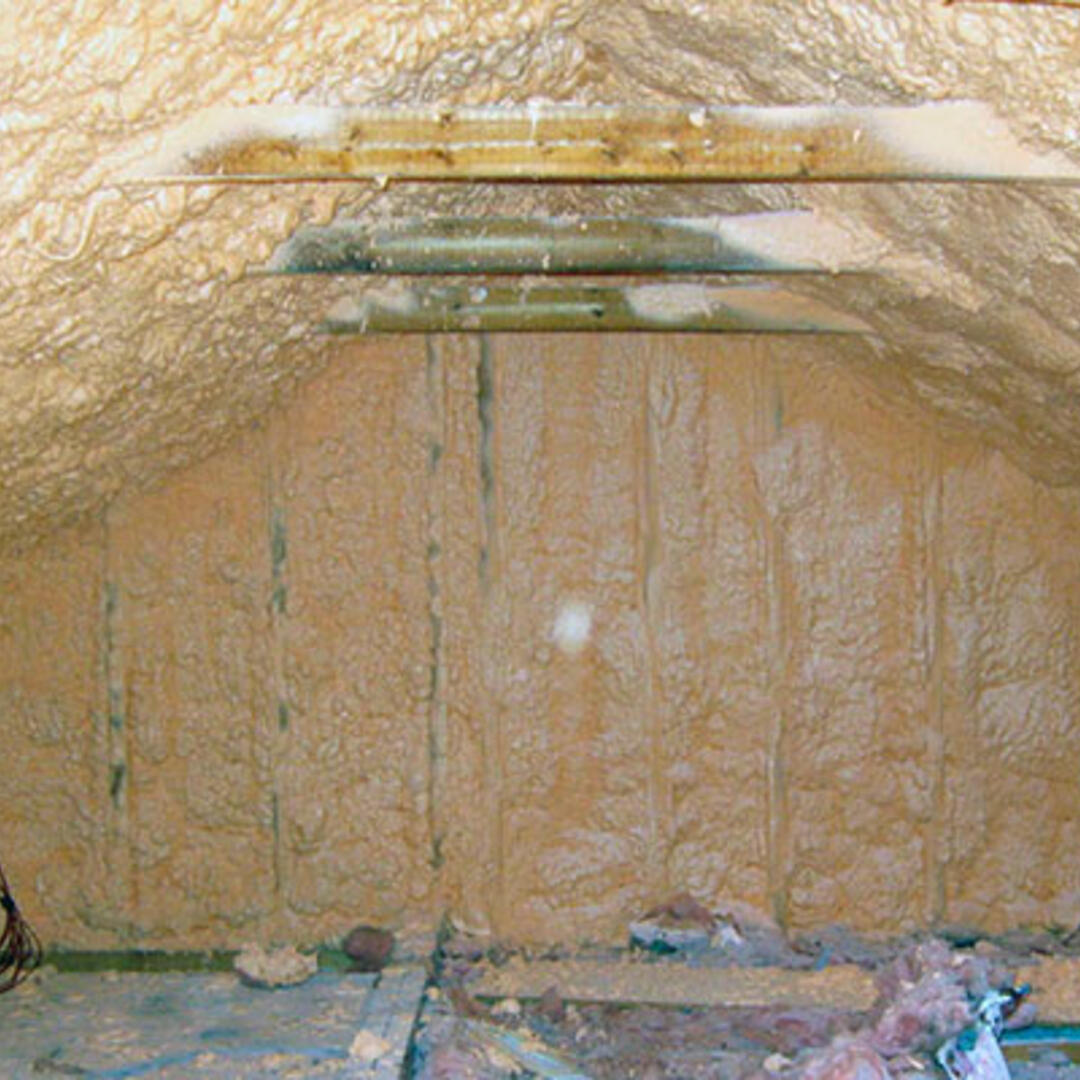 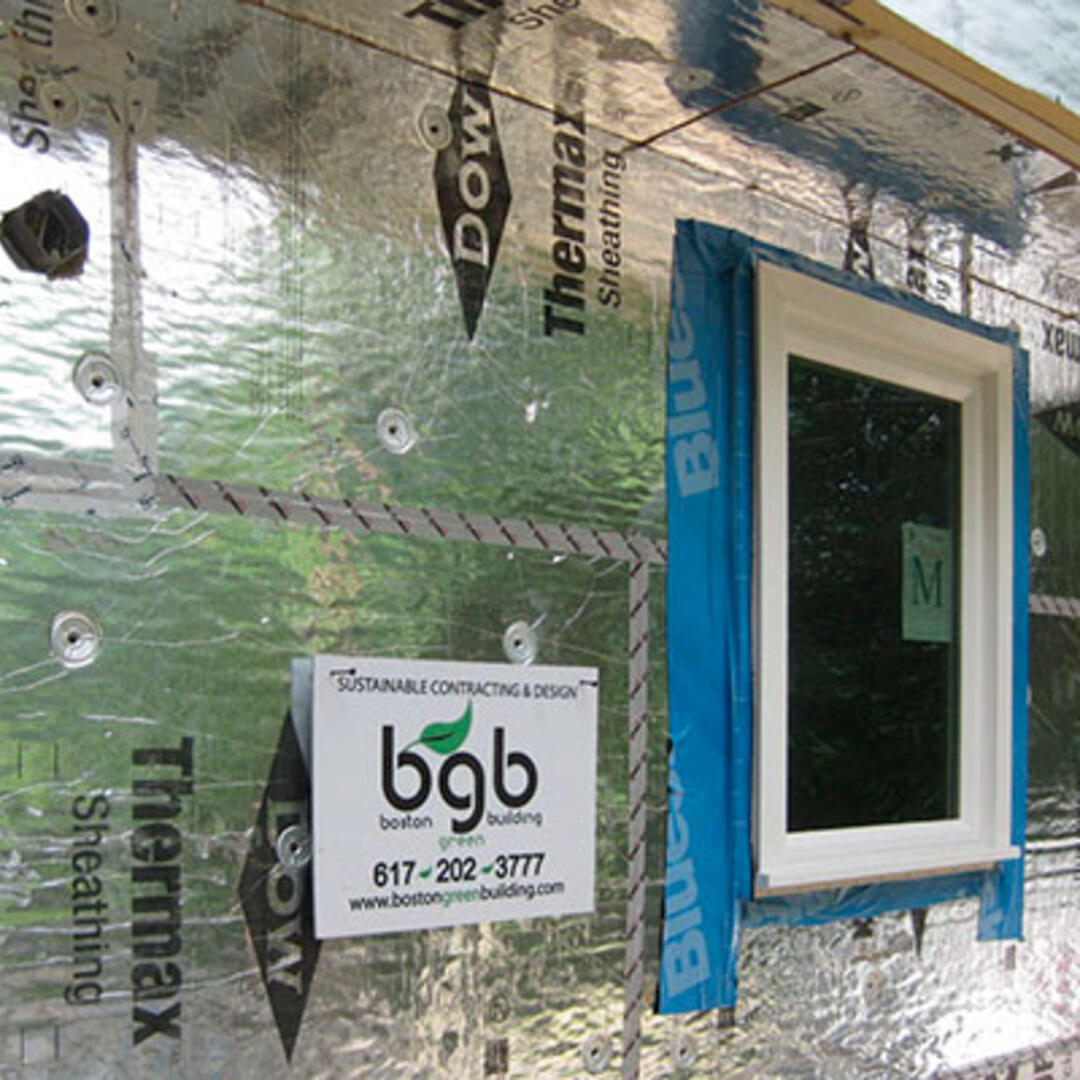 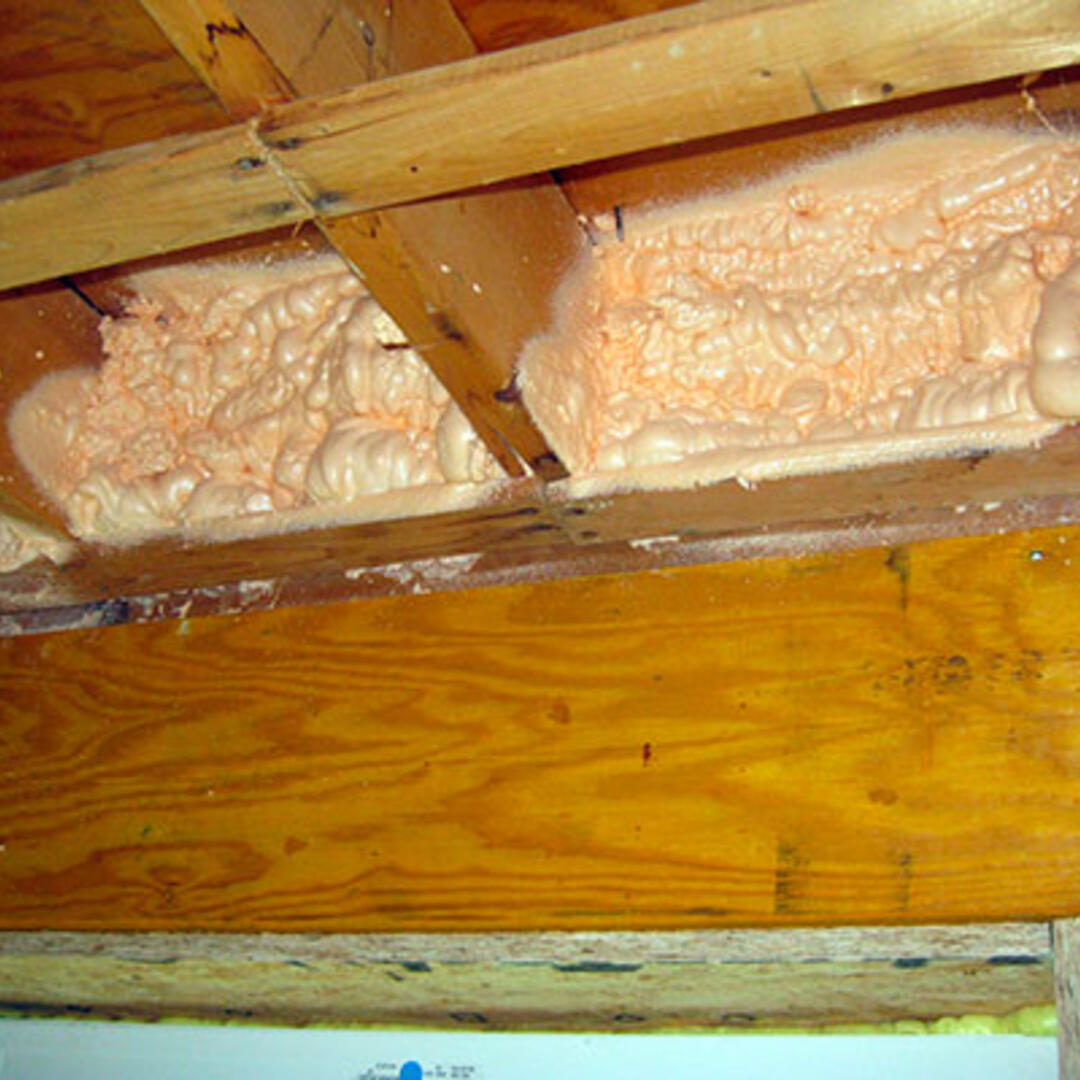 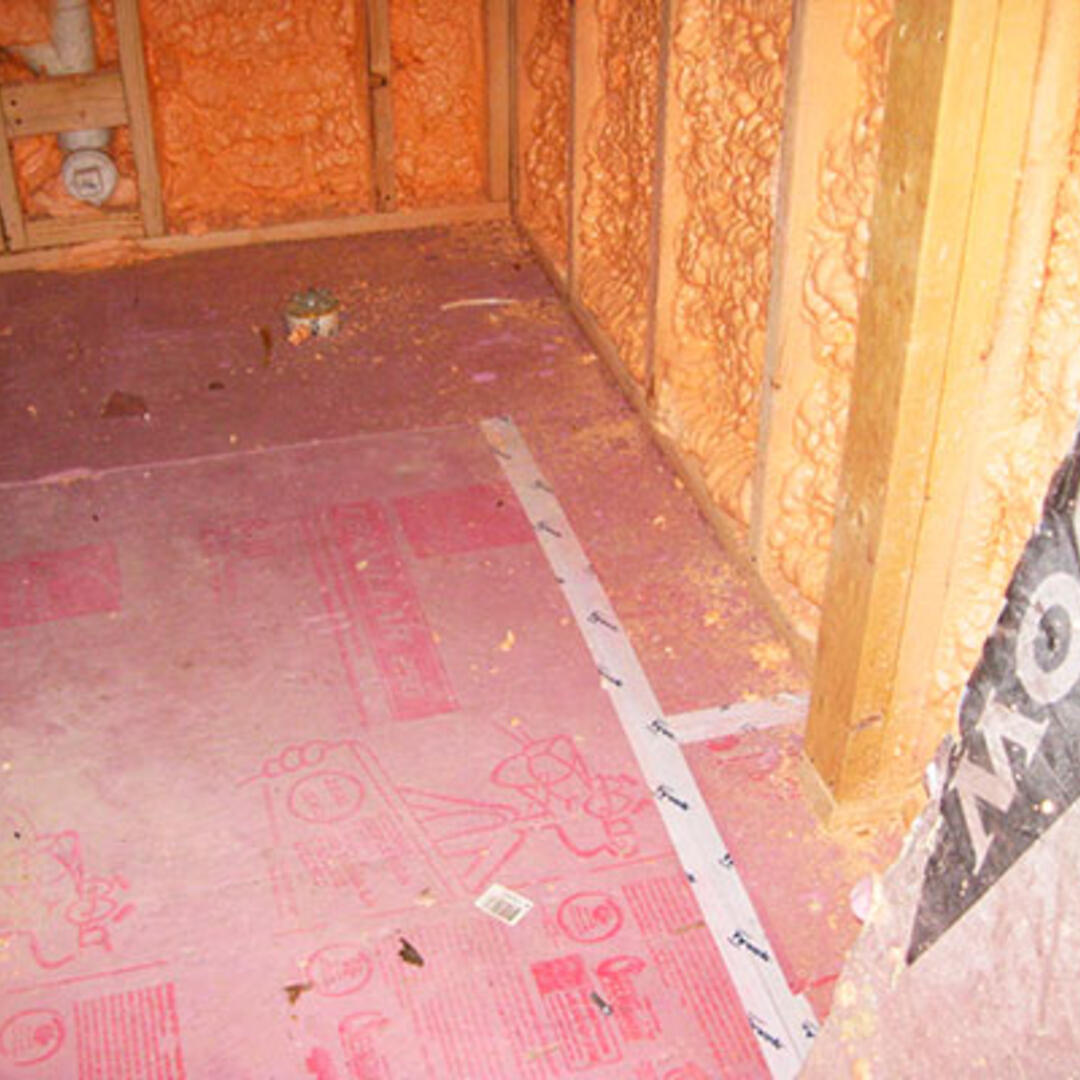 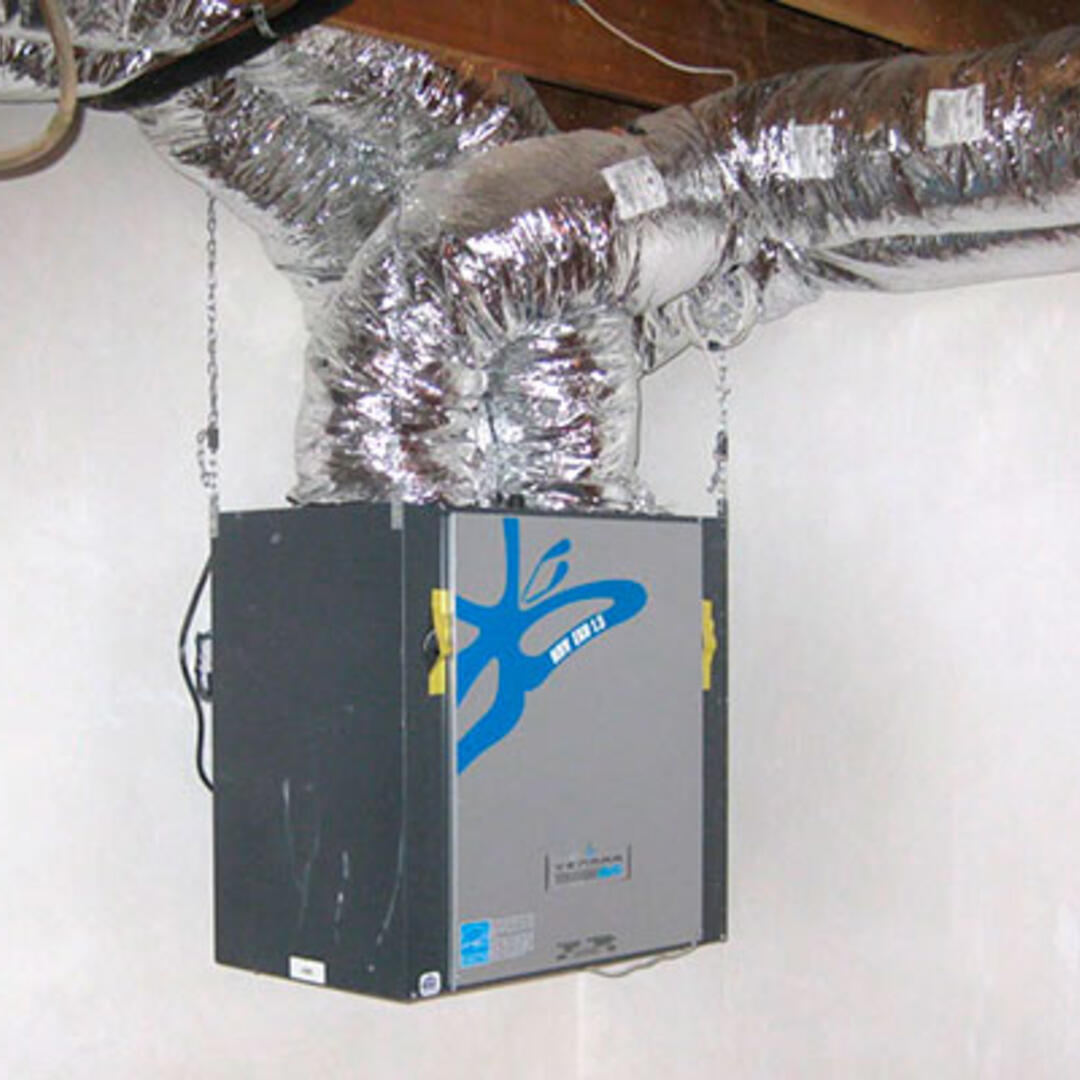 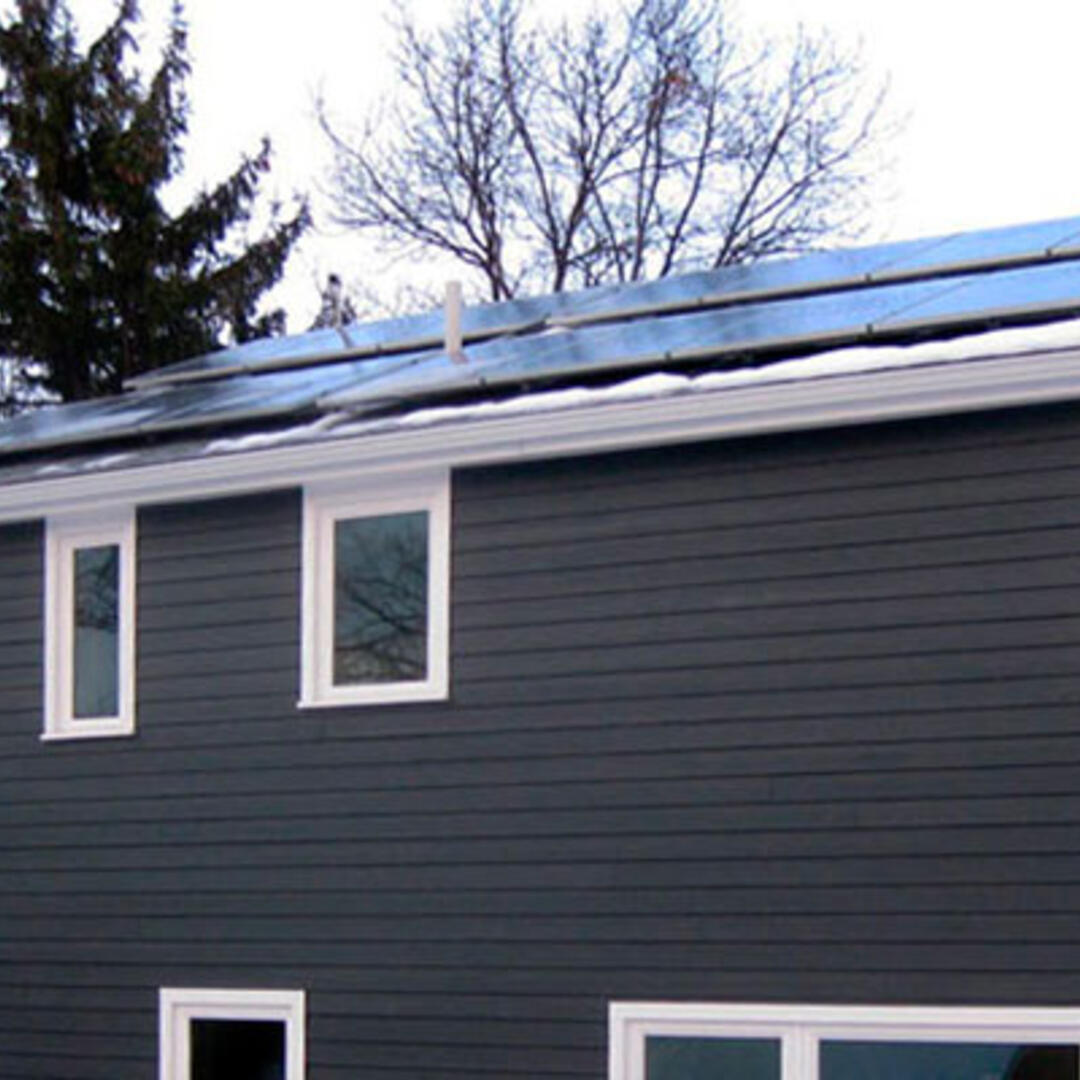 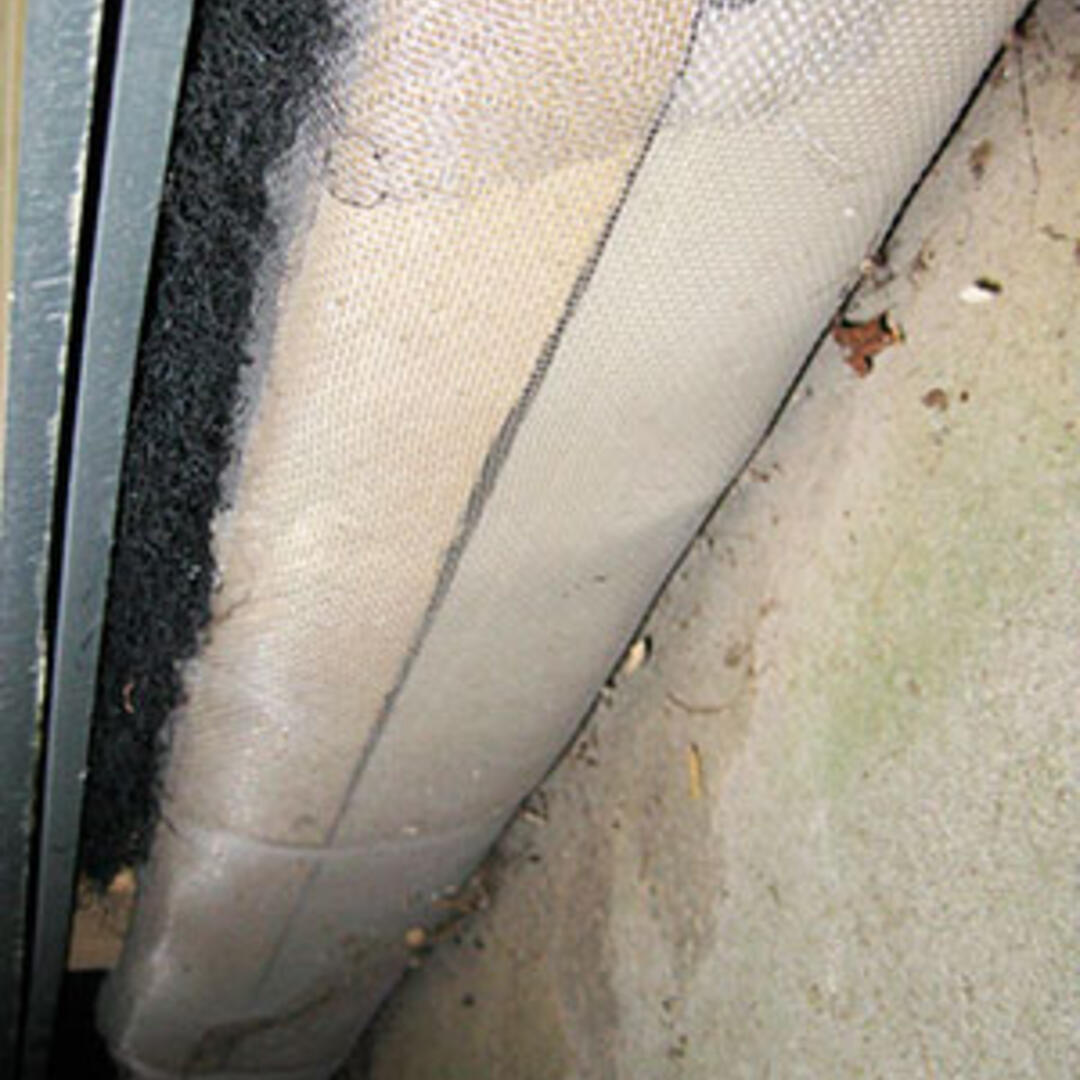 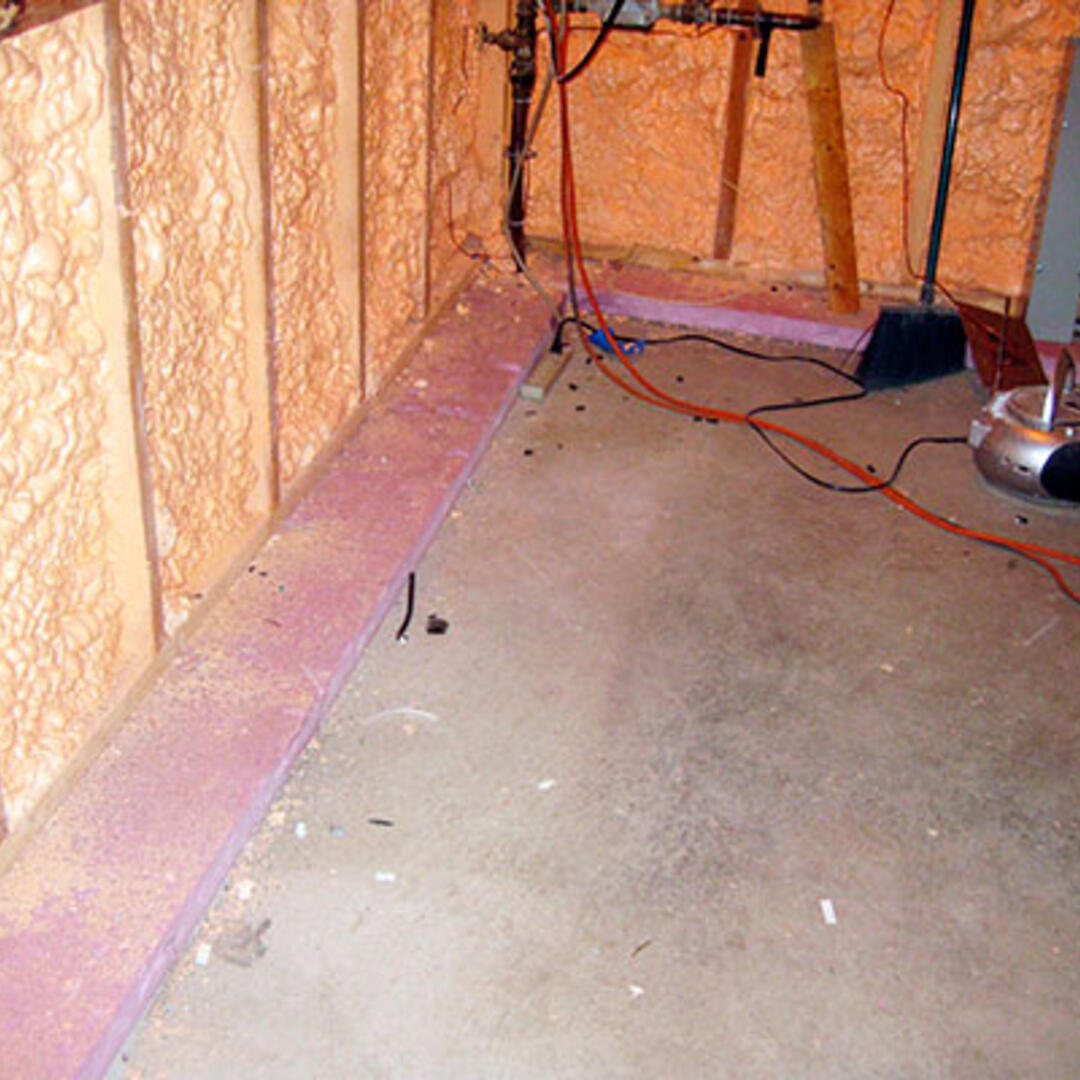