BSC performed a field investigation on moisture problems at a one-story, steel-stud building with EIFS walls, and soffit/fascia covered by a standing seam roof system. In cold weather, icicles were forming at cracks in the soffit and there were water stains on the exterior of the windows just below the soffit. It was observed that the space within the soffit was conditioned volume that was directly connected to the interior and, as is typical of a medical building, it was pressurized. This situation would result in substantial exfiltration through any air barrier gaps. A 3/8" gap in the air barrier was found along the fascia of the metal roof where sheathing indicated in the construction drawings had been omitted. This gap occurred consistently around the entire perimeter of the building. In addition, no insulation was provided at the fascia and return of the metal roof. With the humid conditioned air being pushed into the soffit because of the gap in the air barrier, condensation and even frost would consistently form there during cold weather causing the observed problems. BSC’s final report provided step-by-step repair details to correct the deficiencies; BSC has continued to work with the project team, providing additional feedback and guidance during the repair process. 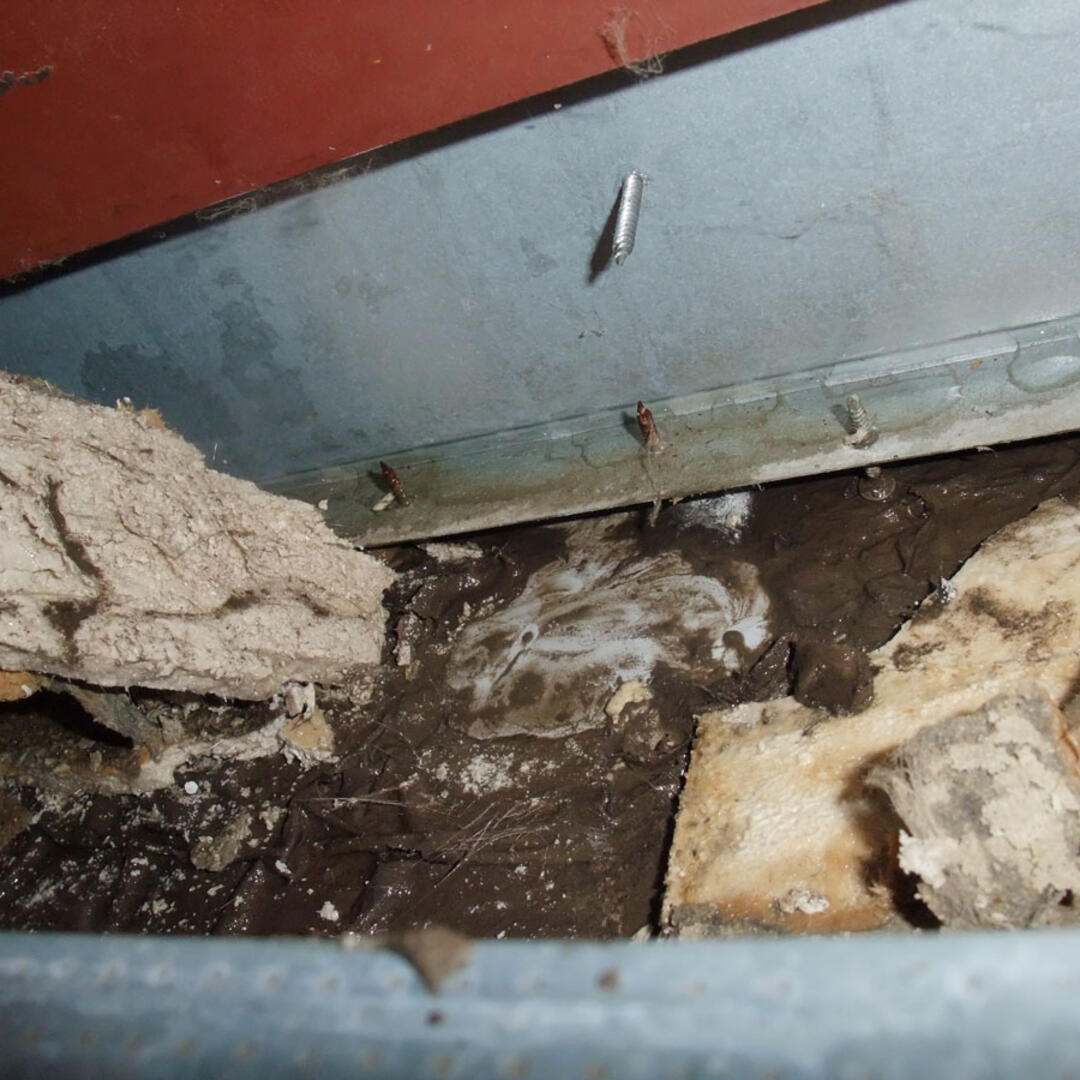 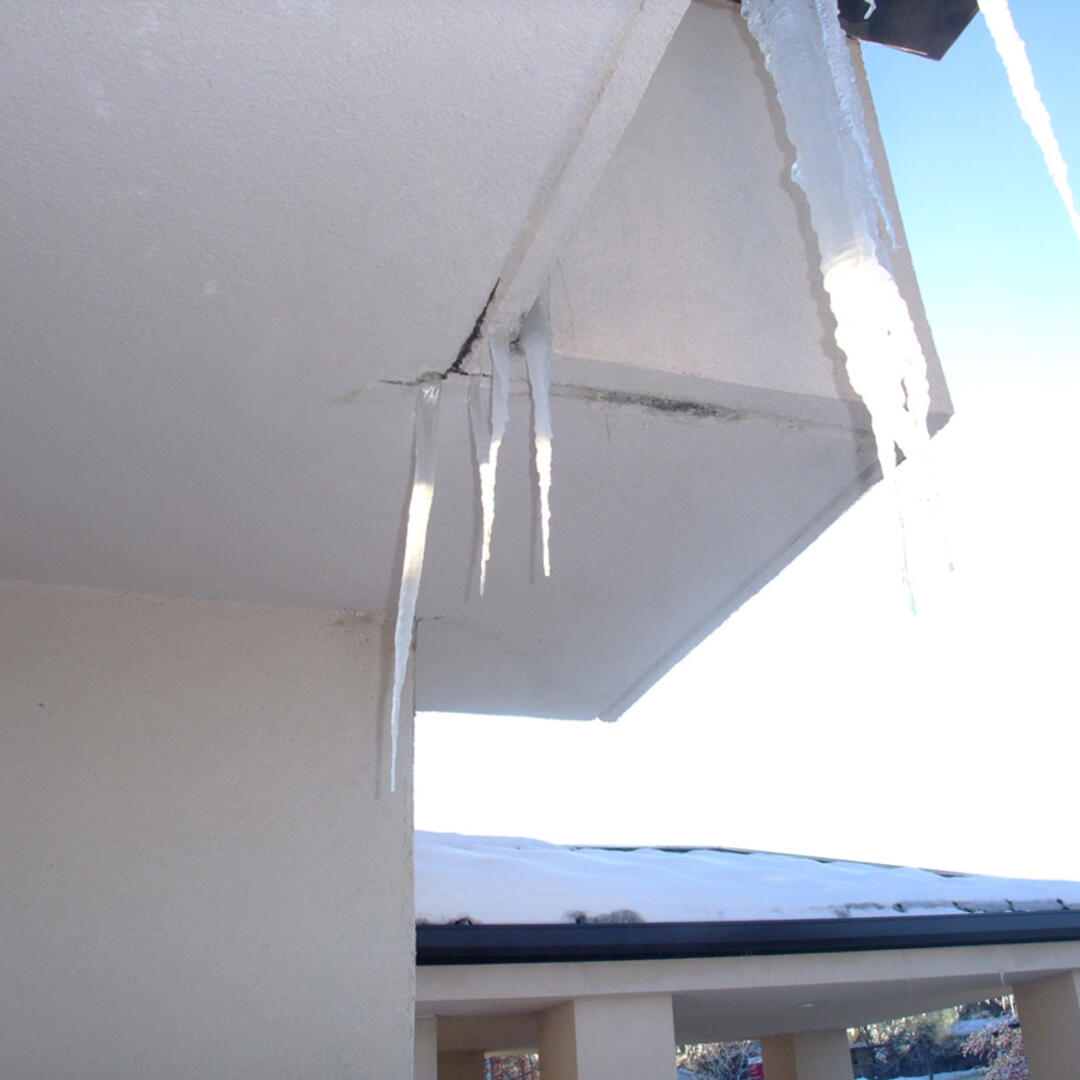 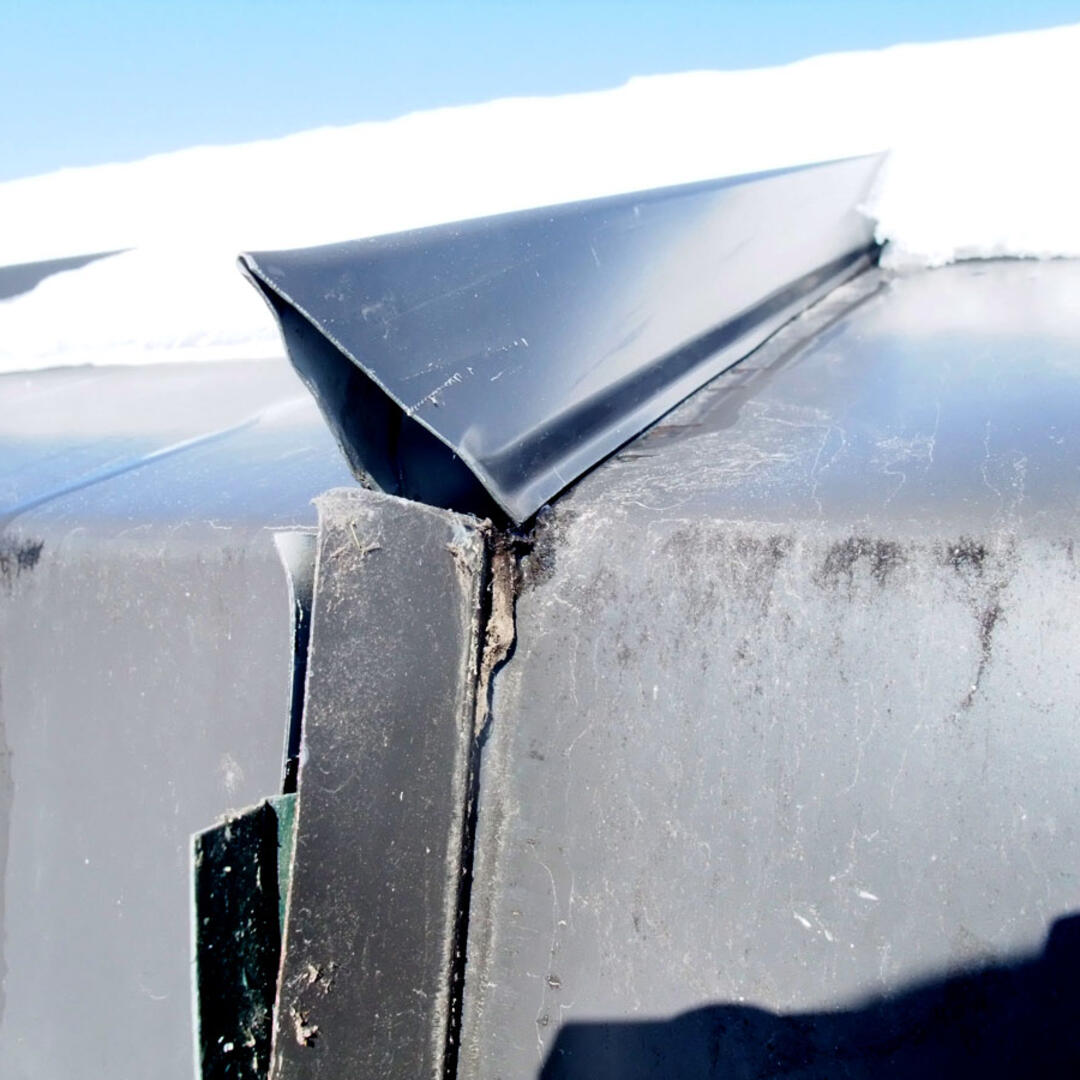 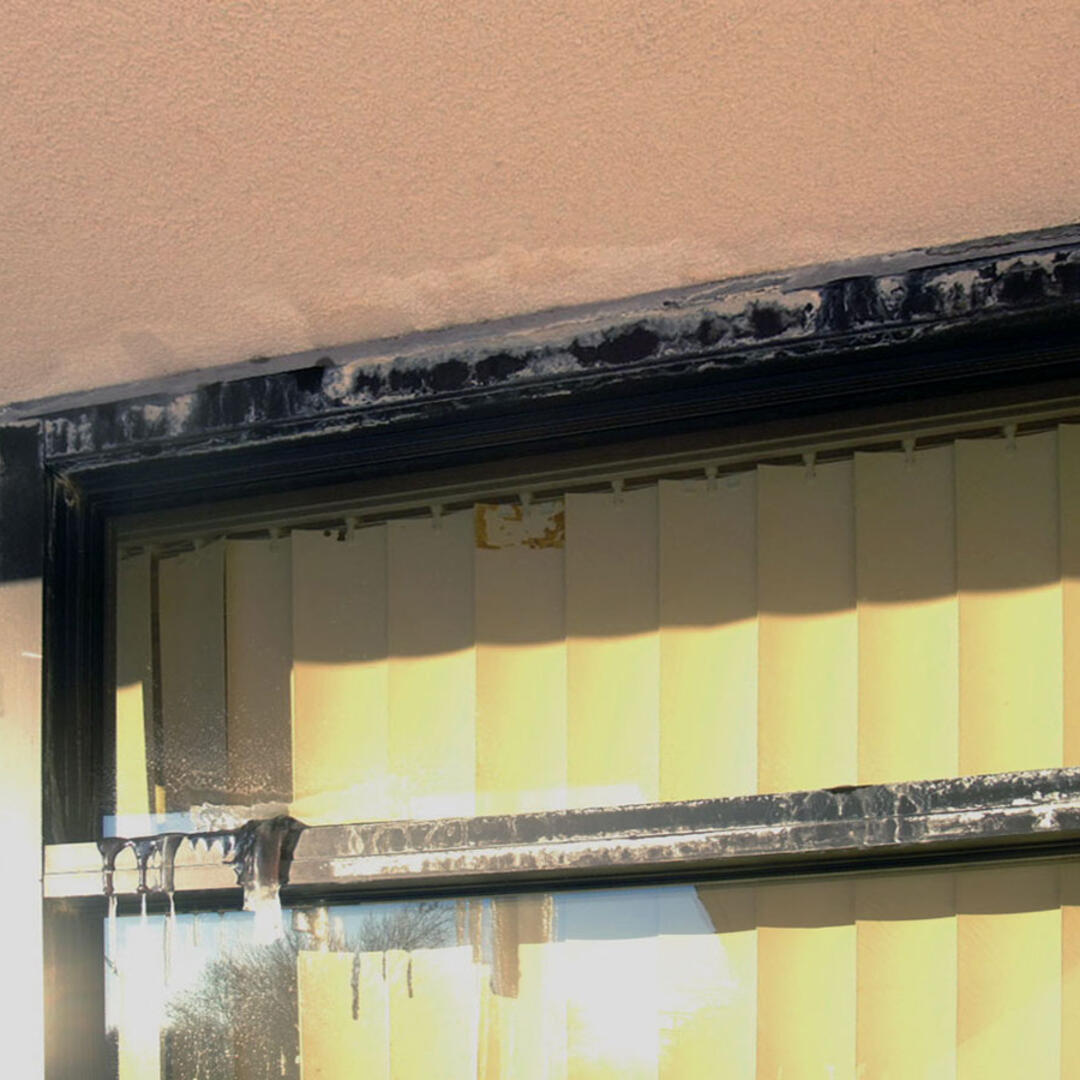 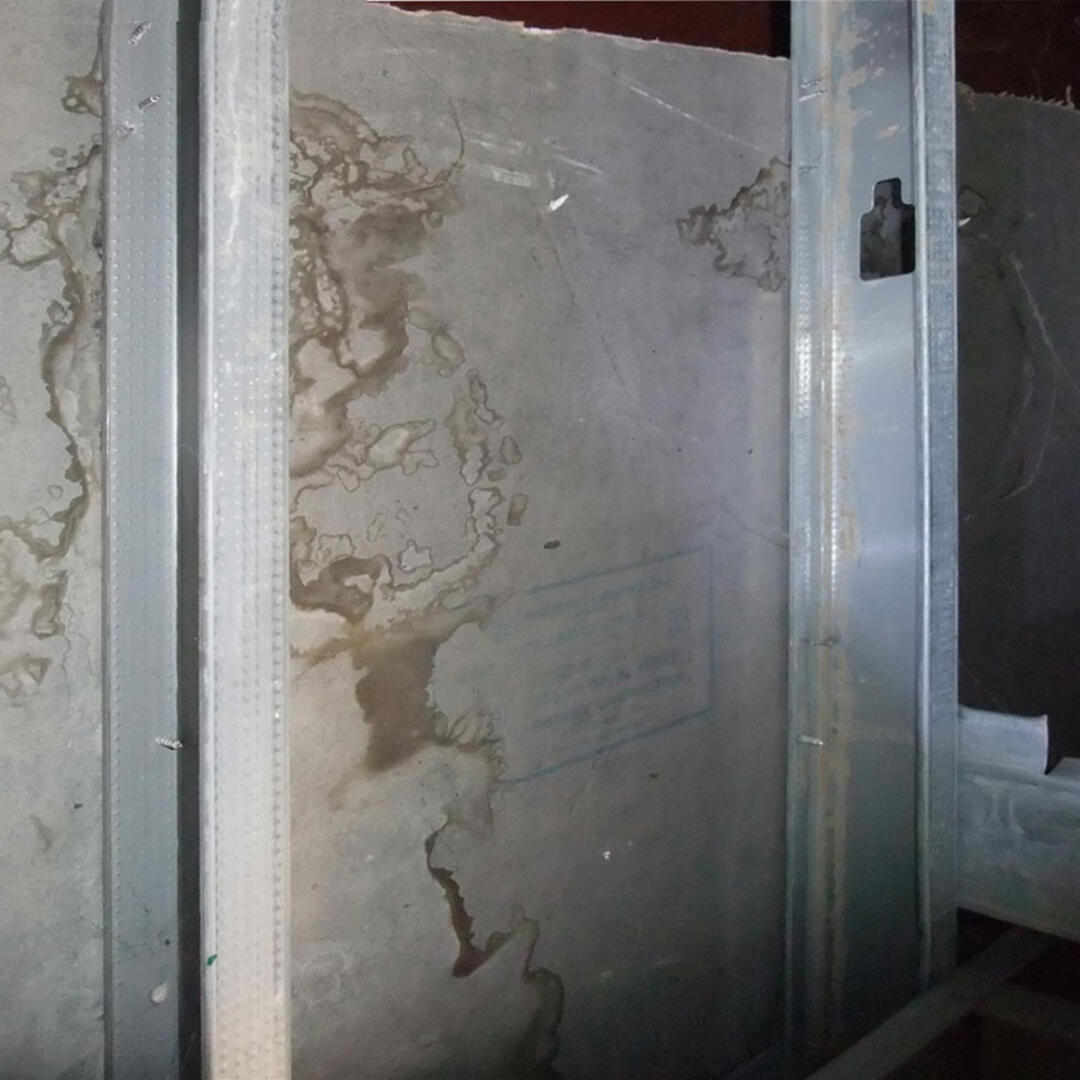 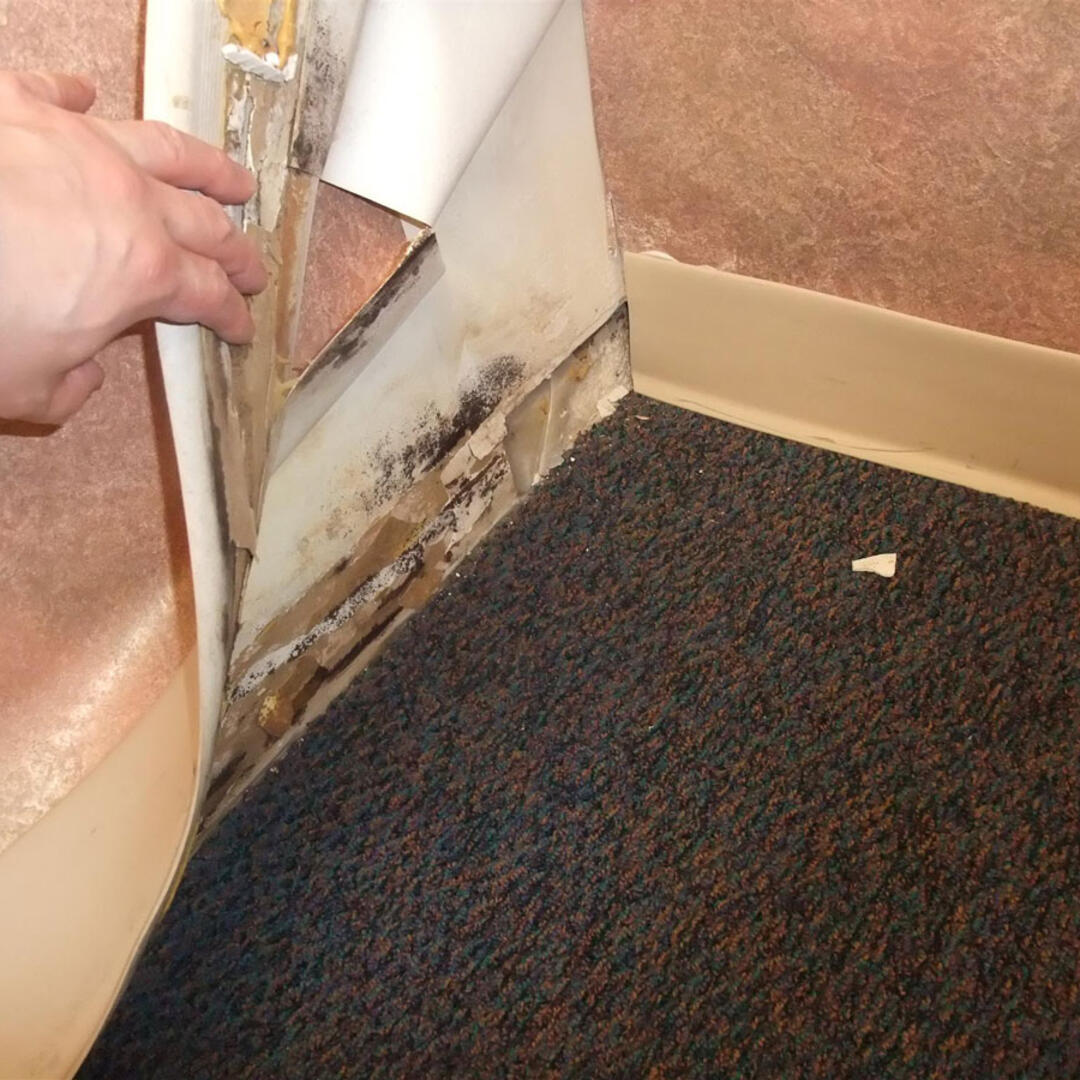 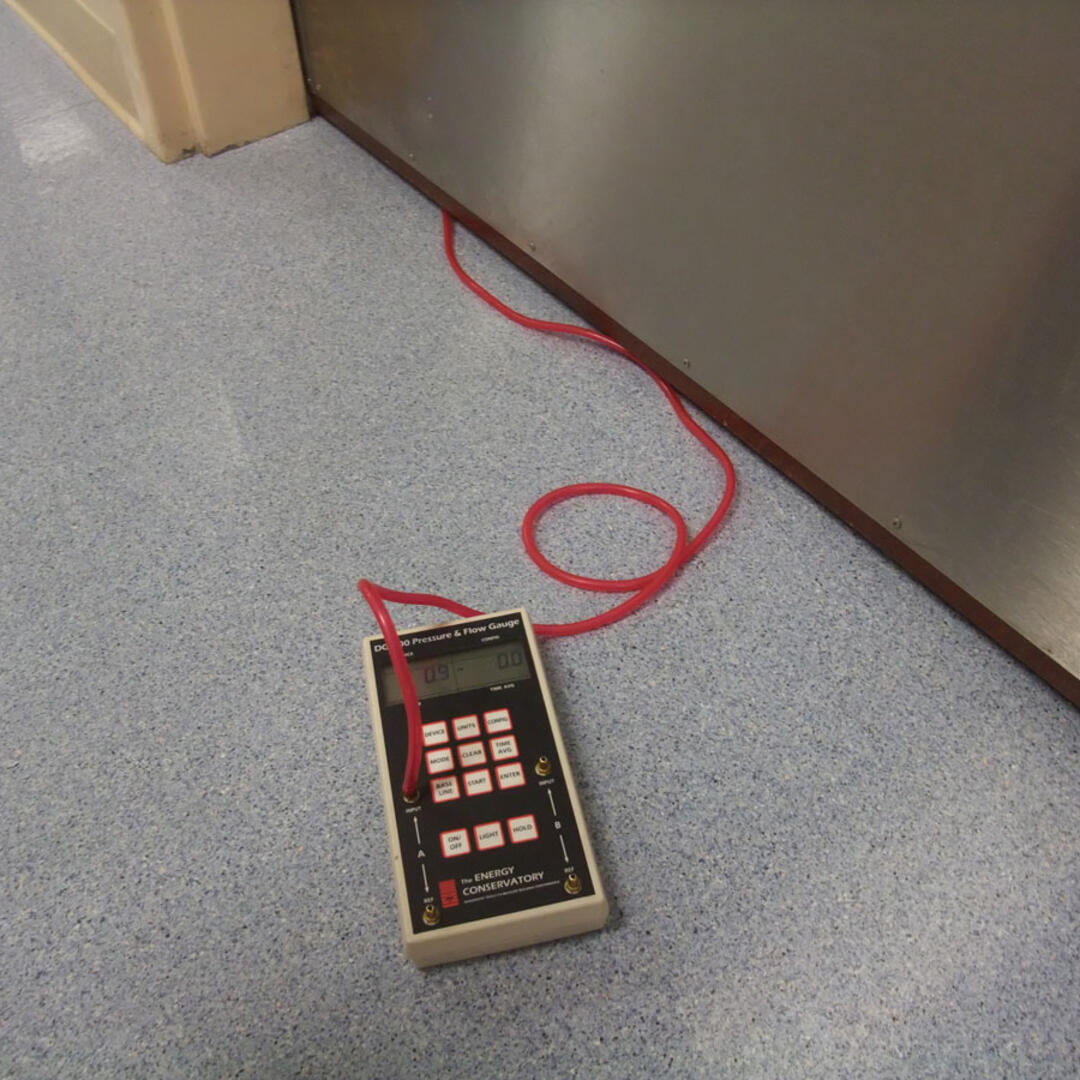